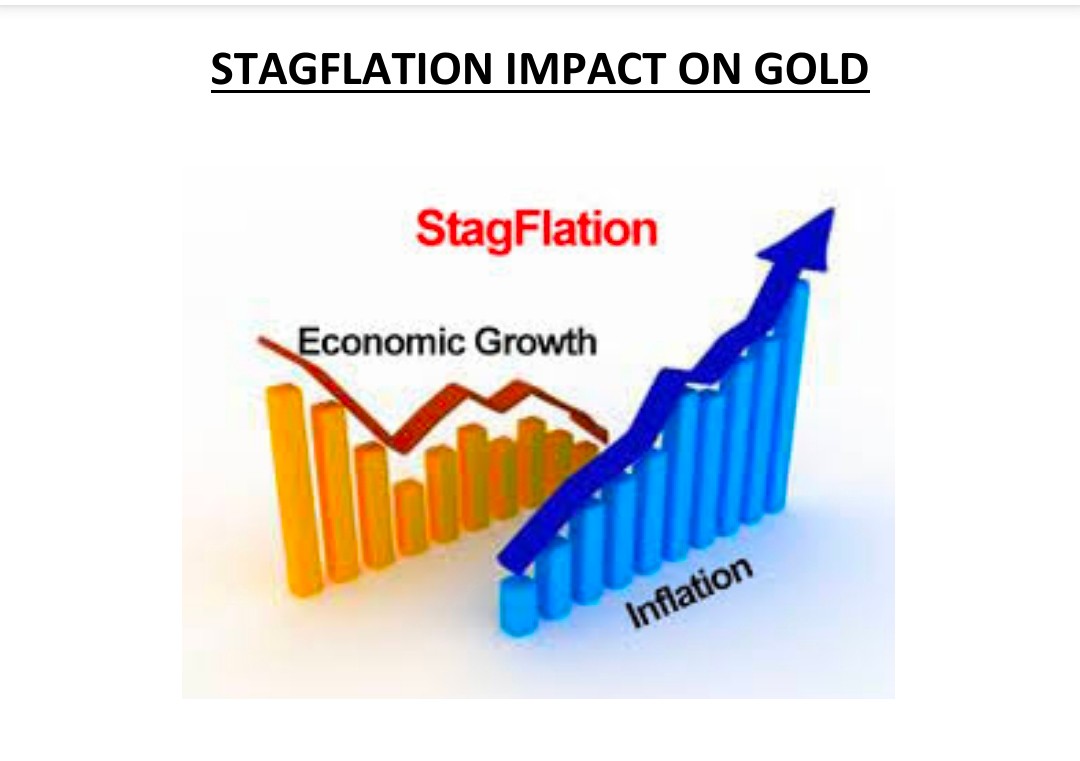 By Renisha Chainani, Head-Research, Augmont Gold For All

Stagflation is characterized by slow economic growth or economic stagnation—which is at the same time accompanied by rising prices (i.e. inflation). Stagflation can be alternatively defined as a period of inflation combined with a decline in the gross domestic product (GDP).

Stagflation is often caused by a supply-side shock. For example, rising commodity prices, such as oil prices and commodity prices, will cause a rise in business costs (transport more expensive) and short-run aggregate supply will shift to the left. This causes a higher inflation rate and lower GDP.

Periods of Stagflation in past
• In the US, Stagflation occurred in the 1970s following the tripling in the price of oil.
• In 2011, the UK experienced a rise in inflation to 5%, at the same time, the economy remained in depression with negative growth / very low growth.
• A degree of stagflation occurred in 2008, following the rise in the price of oil and the start of the global recession

Solutions to stagflation
• Monetary policy can generally try to reduce inflation (higher interest rates) or increase economic growth (cut interest rates). Monetary policy cannot solve both inflation and recession at the same time.
• One solution to make the economy less vulnerable to stagflation is to reduce the economy’s dependency on oil. Rising oil prices are the major cause of stagflation.
• The only real solution is supply-side policies to increase productivity, this enables higher growth without inflation.

Stagflation in 2022
In 2022, we are seeing a rise in global inflation due to supply-side shocks, rising oil prices and supply chains adjusting to Covid shocks. However, with high inflation, we will be seeing slower growth too in the coming months. 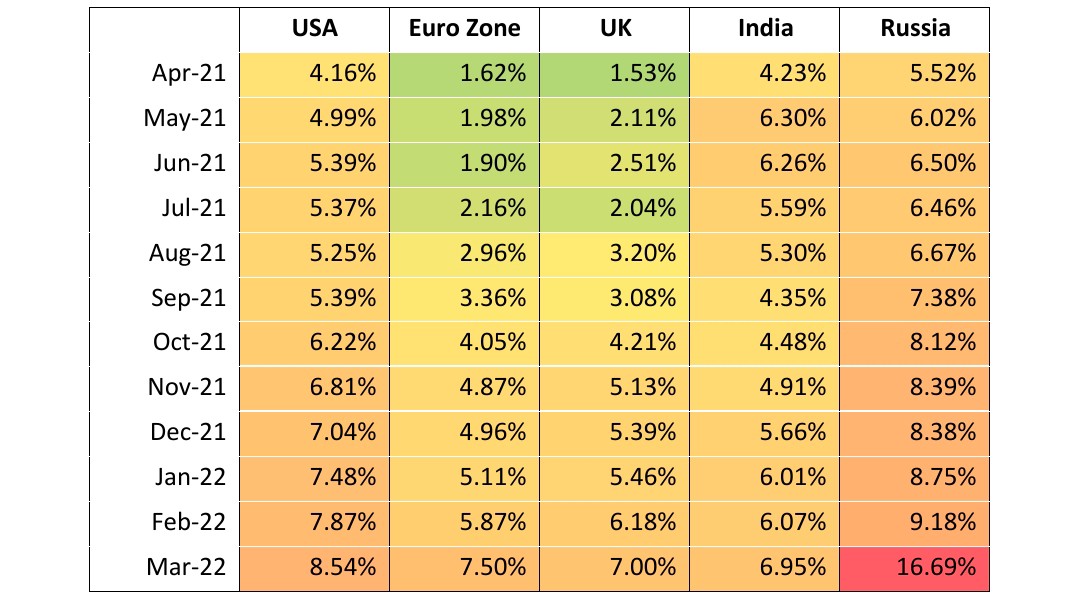 For the time being, it’s a long shot, but money managers are growing concerned that this market scenario — out-of-control inflation while growth slows — will come true, particularly in Europe. The share of investors expecting the economy to deteriorate is the highest ever, according to the April survey. Stagflation expectations jumped to the highest since August 2008, while
monetary risk increased to a historic high, BofA strategists declared, after surveying 292 panellists with $833 billion in assets under management in the first week of April.

Expectations of stagflation have risen to 66 per cent, the highest level since 2008. In March, Inflation in the United States reached their highest level since late 1981. Money managers are increasingly bracing for bad economic news, especially in Europe, despite expectations that the region would outperform the US this year.

Impact of Stagflation on Gold
A recent World Gold Council study looks at how gold fares during stagflationary periods. Its findings demonstrate that gold has performed much better than other asset classes evaluated, such as shares, bonds, and the US currency, with a total increase in value of 32.2 per cent. These conclusions are based on an examination of the eight, mostly brief, stagflationary periods that have occurred in the United States since 1973. When we look at how investments have performed historically during stagflation, the only conclusion we can draw is that you should be holding gold, because gold has done exceptionally well when practically everything else hasn’t.