Gold has powered ahead this year, hitting a six-year high above $1,500 an ounce. Gold, which did little except glitter for most of the past five years, has seen price gains this year. Gold began the year at $1,279 an ounce, and it is currently trading at $1,498, a 17.1% gain. 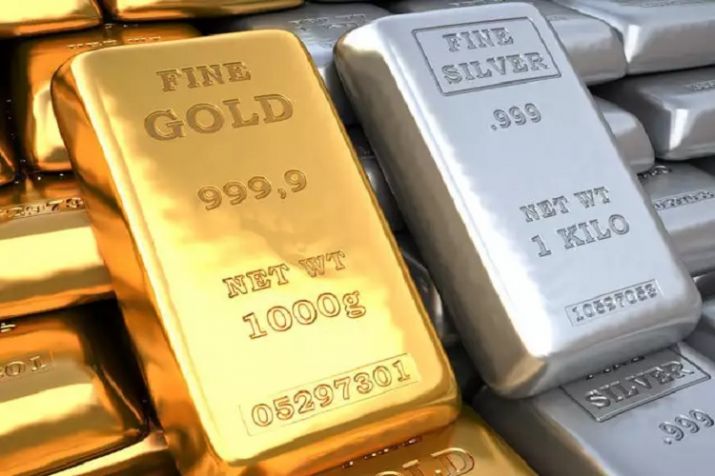 Gold is expected to strengthen further as global trade tensions, slowing economic growth and investors seeking alternatives to risk assets including equities boost demand. And if the tensions continue to escalate backed by central banks easing spurs flows into bullion-backed exchange-traded funds, then gold is expected to surge to $1650 in the next one year.

Gold slipped as much as 0.4% earlier in the session after a near 1% drop On Thursday, as positive developments around the Sino-U.S. trade negotiations rekindled investor appetite for riskier assets. Initially it looked as if Gold’s rally cooled this week as Beijing and China made conciliatory noises around trade, though investors still appeared nervous over the prospect for a further escalation of the battle.

The Dollar rose broadly Thursday amid renewed hopes that the U.S. and China will return to the negotiating table but the apparent price of de-escalation in the trade war could yet prove too steep for President Donald Trump, so markets may ultimately have set themselves up for disappointment.

China’s commerce ministry said a September round of meetings was being discussed by the two sides, but added that it was important for Washington to cancel a tariff increase.

Gold got a boost earlier in the week as the U.S. and China ramped up rhetoric and announced rounds of tariffs and retaliatory measures, sparking a run into haven assets. Demand for government bonds pushed down yields around the world, also buoying gold.

China’s Ministry of Commerce said in a press conference that its officials have in fact been in contact with their U.S. counterparts and that a delegation will go to Washington next month to discuss the trade conflict between the world’s two largest economies, in an apparent contradiction of the official line from earlier this week. The comments prompted a bid for so-called risk assets including stocks, commodities and commodity currencies.

On Thursday morning trading in Europe, the gold price rose sharply to $1,550 before being brought back down to well below the $1,540 level – whether this was profit taking, or a suppression move by the usual suspects will be the subject of argument.  We think it may be a bit of both.  However it does suggest that gold could have the potential momentum to move higher and breach the $1,550.

Gold erased early losses to trade slightly higher on Friday and was headed for its biggest monthly gain in over three years as concerns about a slowdown in global growth and hopes for rate cuts by central banks worldwide boosted safe-haven bids.

In the domestic market too, Gold prices on Thursday jumped Rs 250 to breach the record Rs 40,000 per 10 gram level for the first time at the bullion market in the capital, on strong demand from investors amid growing fears of global economic slowdown.

Maintaining its record-breaking run for the second day, gold spurted by Rs 250 to a fresh life-time high Rs 40,220 per gram, according to the All India Sarafa Association. The precious metal had soared by Rs 300 to close at Rs 39,970 per 10 grams on Wednesday.

The development on Brexit will be the next thing for the markets to watch out while progress in US-China trade talks and US Federal Reserve’s stance (on rate cuts) are constant factors to determine the price trend for gold.

People have really considered that bullion is a safe-haven and are using every dip as buying opportunity.

The absence of clear paths forward on trade and other issues will remain key to gold’s rise.  Some consolidation is likely before year-end, and dips would represent attractive entry points for potential investors.

Furthermore, Gold is trading at its highest price since April 2013. The price could continue to rise if stock market volatility and global growth concerns persist.

We have seen time and again that gold prices thrive on economic uncertainty and escalating tensions have delivered in spades. What will change the game is the US – China trade war. If that intensifies then it will surely be a great environment for gold. Moreover, worries about the dollar and global trade have prompted foreign central banks to increase their gold reserves. Central banks, bought 224.4 tons of gold in the second quarter of 2019.

Gold prices remain pretty well supported because the risks in the trade war haven’t changed and the outlook on the global economy hasn’t changed pretty much. That means there are still bets on major interest rate cuts from global central banks.

We see the upwards momentum for both metals continuing, although there could be short term corrections.  And also the U.S. Labour Day holiday, which tends to be taken as the end of the summer holiday season, is only a few days away.  This sometimes seems to mark a variation point in the precious metals markets with a change in direction so we could see some movements, but whether these would be positive, or negative, for precious metals remains to be seen.  With the 90th Anniversary of the start of the Great Recession coming up in October, and markets showing signs of parallels with 1929 we’d be nervous about U.S. equities, and if this nervousness is replicated by the U.S. investment sector there could be a further flight into safe haven investments like gold.