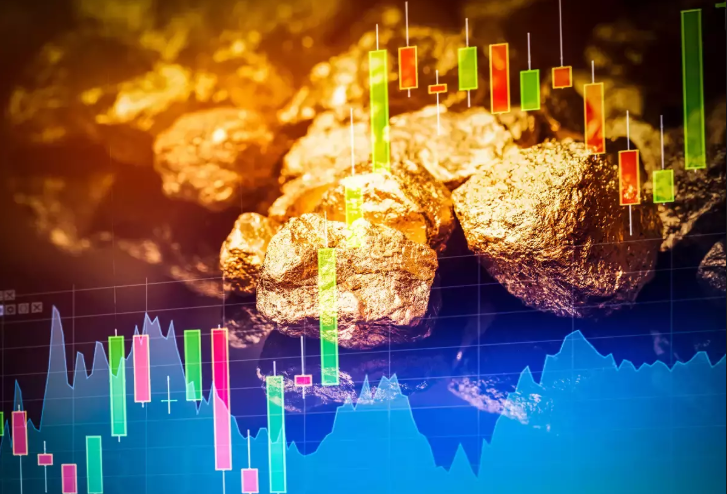 Spot gold dipped 0.1 percent to $1,220.36 per ounce at 0435 GMT.
U.S. gold futures were flat at $1,220.7 per ounce.
The dollar firmed against its major peers on Wednesday, as investors shunned riskier assets in favor of safe-haven currencies on heightened concerns about slowing global growth and the U.S.-Sino trade war.
The dollar index was steady after it gained about 0.7 percent in the previous session, pulling away from a two-week trough of 96.042. Asian stocks fell, weighed down by a renewed bout of selling on Wall Street.
“The U.S. dollar increase will continue the headwinds for gold purely because gold is a dollar-denominated commodity,” said Argonaut Securities analyst Helen Lau.
“In the near-term people will start pricing in the ongoing turbulence in the equity markets so that should be supportive for gold,” Lau added.
The yellow metal has fallen about 10 percent since hitting a peak in April as investors bought the dollar with the U.S.-China trade war unfolding against a background of higher U.S. interest rates.
Investors are now keeping a close eye on the G20 leaders’ summit later this month in Argentina where U.S. President Donald Trump is expected to meet with Chinese President Xi Jinping to discuss the bilateral trade dispute.
The Trump administration on Tuesday said that China has failed to alter its “unfair” practices at the heart of the U.S.-China trade conflict.
Spot gold is expected to test a support at $1,211 per ounce, with a good chance of breaking below this level and falling more to $1,202, said Reuters technical analyst Wang Tao.
Among other precious metals, silver was down 0.2 percent at $14.29 an ounce. Silver hit its highest level since Nov. 8 at $14.49 in the previous session.
Palladium was little changed at $1,140.70 per ounce, while platinum was up 0.4 percent at $841.10 per ounce.
Trading volumes are expected to remain subdued ahead of the U.S. Thanksgiving holiday on Thursday.
Source: bullion bulletin