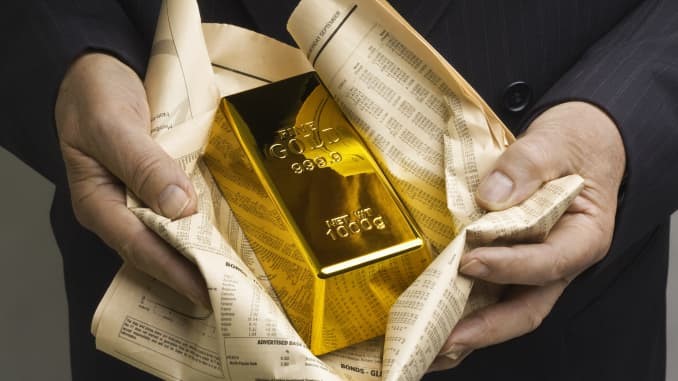 Bullion has inverted the course as investors tracked bond yields and the different views among Fed officials on when to start pulling back on stimulus. Powell said the time to raise the gold and silver prices is “no time soon,” and policy makers would “let the world know” well in advance of any decision to taper bond purchases.
Last week, the sharp upsurge witnessed in the US Treasury bond yields provided a boost to the USD and caused Gold as well as Digital Gold to suffer heavy losses. The benchmark 10-year reference preserved its bullish momentum and closed in the positive territory on Monday but snapped its five-day losing streak on Tuesday amid a lack of significant fundamental drivers.
While speaking at an online event on Thursday, FOMC Chairman Powell reassured markets that they are not even thinking about raising gold and silver prices any time soon. Powell reiterated and added that they will communicate it well in advance when they start considering tapering asset purchases. Powell’s dovish tone made it difficult for the greenback to gather strength and helped Gold as well as Digital Gold limit its losses.
Powell sought to stamp out talk of a premature reduction in the Fed’s massive bond-buying campaign, saying “now is not the time” for that discussion. Some of his central bank colleagues have given investors a reminder of the 2013 taper-tantrum by publicly debating whether a strong recovery from the pandemic might warrant paring buying later this year.
Finally, President-elect Joe Biden unveiled the highly-anticipated coronavirus relief plan, which will be worth around $1.9 trillion and will include $2,000 direct payments to Americans. However, due to the fact that markets had already priced in additional fiscal stimulus, the market reaction remained relatively muted to this announcement
Next week, on Monday, the fourth-quarter GDP data from China will be watched closely by the market participants. Analysts expect the Chinese economy to grow by 6.1% on a yearly basis in the last quarter of 2020 and a weaker-than-expected reading could weigh on risk sentiment and help the precious metal start the new week on a firm footing.
Technical view
With Friday’s plunge, Gold and Digital Gold closed below the 200-day SMA for the first time since early December, suggesting that sellers are likely to remain in control of the pair’s action in the near term.

Gold and Digital Gold prices are taking support at symmetrical triangle trend line with the support aligning at Rs 48600. If a price falls below these levels, it can fall back towards Rs 47800 next week.