It seems that after years of underperformance gold is here once again to glitter. In one sense, gold is doing what it’s supposed to do. Widely regarded as a safe haven, gold is counted on to provide stability during times of stress. By holding firm as other asset classes were thumped, gold successfully fulfilled that role.

Regardless, ETF Securities’ Gold says that it’s not the short-term movements in gold that matter; the yellow metal really shines as a safe haven during prolonged market downturns. 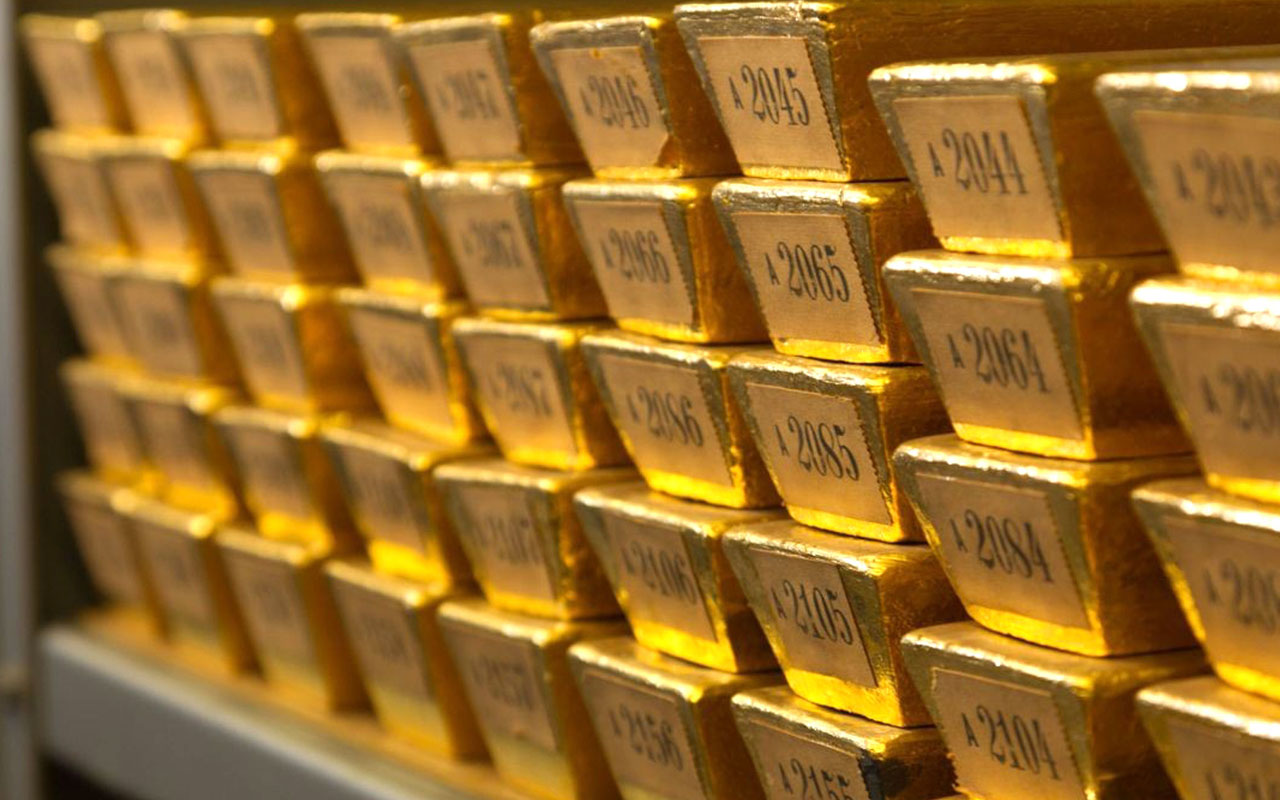 Gold prices have been trading in the range of $1,100-$1,400 an ounce since 2013, after hitting the levels of more than $1,800 in 2011.  On Thursday, international spot gold was at $1,319.13. Going forward, the macro theme of higher inflation and interest rates is expected to continue and that would provide underlying support for gold.

Gold prices ended Friday at their lowest level in just over two weeks, generally tethered to the dollar this week yet supported by persistent global political and trade tensions given the metal’s haven-asset status.

However, Friday’s “trading action indicates that the impact of political turmoil is fleeting and that investors’ primary focus remains on the economy and monetary policy,”

There are many influential factors that create bullish sentiments for the yellow metal in the near term. Let’s have a look at them.

Gold ETF’s– If we look at investment flows so far this year, for the first time in many years, money is flowing into broad based commodities indices. The ETF [Exchange Traded funds] comes with the whole spectre, that indicates the diversification aspects as they move from potentially higher inflation or interest rates scenario and this money is going into precious metals through ETF.

The increased allocation that we have witnessed over the past few years in ETFs as a safe haven or diversifier has been increasing and that will further support gold prices.

Rate Hike- Higher inflation and interest rates have been always supportive of the yellow metal, which is often seen as a hedge against any increase in the consumer price index. Rate hikes has been the best buying opportunity for gold during the past 2 years, since the present cycle has been ongoing. So long as we don’t see any accelerated cycle of rate hikes in the US, gold is going to perform reasonably well. We are buying gold as a hedge against inflation, geopolitical uncertainty, against worries about stocks markets, and all these drivers are still there,” Hansen said.

Economic Data- The market has been confined in a relatively tight range and so, gold market-timers looking for a buy signal need a clearer bearish sign. U.S. economic data Friday, ahead of next week’s Federal Reserve decision on monetary policy, showed February housing starts were down 7%, while industrial production for the same month jumped 1.1%. Consumer sentiment in March hit 14-year high. If the US overheats, and that would lead to worries about disinflation or deflation, we would see a bigger correction in stock markets, and that would have a positive impact on gold.

Demand from India and China- Gold’s qualities make it one of the most coveted metals in the world and a popular gift in the form of jewellery. From the beginning of the Indian wedding season in September until Chinese New Year in February, the price of gold tends to rise due to higher demand from the two biggest consumers of gold, China and India.

Global economic conditions- current economic conditions make an even greater case for gold. The stock market is still on a historic bull run, and the tax reform bill is helping ratchet up share prices. It’s important to remember that the precious metal has historically shared a low-to-negative correlation with equities. For the past 30 years, the average correlation between the LBMA gold price and the S&P 500 Index has been negative 0.06.

US political issues- Traders in the financial market have been weighing the potential for more turmoil in the Trump administration. Media reports said the president was planning to sack his national security adviser H.R. McMaster, which would be the second high-profile firing from the White House this week. Secretary of State Rex Tillerson was fired on Tuesday and replaced with Central Intelligence Agency Director Mike Pompeo.

Trade war- While personnel issues unfold, concerns over a possible trade war between the U.S. and key trading partners were still weighing on investor’s minds as well, analysts said. The White House said on Wednesday it will seek to trim the U.S.’s trade deficit with China by $100 billion, using tariffs. The European Union, meanwhile, was working to get the bloc exempt from the tariffs.

Since markets strongly believe that gold is here to stay, it has once again become an essential part of an investor’s portfolio due to its history as a protector against inflation.

Gold has also performed competitively against many asset classes over the past few decades. This makes the metal, we believe, an appealing diversifier in the event of a correction in the capital markets.