Gold is here to stay

Gold was set for a decline last week over strong economic growth numbers. Last week, gold fell ahead of first-quarter earnings season as the dollar gained while the precious metal slumped to its lowest level of the month. Gold fell 1.23 percent at the close of Thursday’s trading session to settle at a price of $1.295.15. Nonetheless, analysts maintain that this is only a temporary setback. 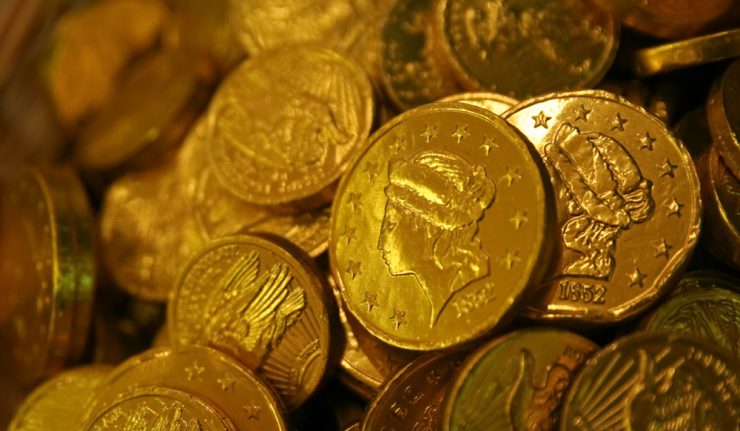 Although equities are doing their part to weigh on gold in the near-term, it is just part of the story. Relative and resilient strength in the U.S. dollar is another factor weighing on the precious metal.

Strong numbers coming in from China, imply that a global slowdown has been diminished to quite some extent. Furthermore, according to the minutes published at its last Federal Open Market Committee meeting, the Federal Reserve did leave open the possibility of possible rate hikes this year if the economic data suggests warranting such a move. This, of course, wouldn’t bode well for gold.

The minutes confirmed that if the economic data continue to support the economy, a rate hike could be on the table at the back end of this year. Luckily for the dollar bears, this wasn’t the majority view, at least, not for the time being.

Does this mean the gold will soon lose its sheen?

Well, gold is being supported by ongoing geopolitical issues (U.S.-China trade war and Brexit, among others), concerns around slowing global economic growth and recession fears, and a more dovish U.S. Federal Reserve (no rate hikes in 2019).

Though many investors are shunning gold and shifting focus to equities, there is a set of market analysts that still believe that gold needs to be added in ones portfolio as its gives an insurance cover.

A crisis is expected and it’s soon we realise that one needs to protect his/her finances in times of crisis. And which metal can best prove to be a safe haven asset other than gold?

Gold had faced a similar situation in 2011. Gold was widely ignored since 2011 as an asset class for institutional portfolios. In 2018, bullish sentiment for gold was at a multi year low. Not many people were interested in owning gold.

But then investors realised that they need to own gold in order to protect themselves in times of crisis.

Given the current situation and what is expected in the near future, we can say that gold is here to stay. Even though equities are rising, the momentum won’t sustain in the long run. Fed is not expected to hike rates in 2019. Less hikes and a rate cut would translate to dollar weakness–an open path for strength in gold. Other headwinds include increasing concerns of slowing global economic growth, which could spur a move to safe havens like gold.

And hence this is a very good time for people to get a little bit more defensive and use gold to reserve the wealth they have made in equities.