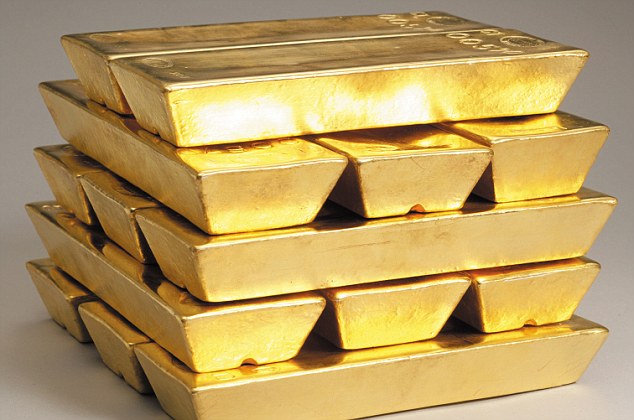 Last week, the Fed had indicated that it will pursue a tighter monetary policy. This prompted the dollar to strengthen; and it’s after effect was seen on gold. Immediately gold prices dipped.

The Fed raised U.S. interest rates last week and said it planned four more increases by the end of 2019 and another in 2020, amid steady economic growth and a strong job market.

Since quite some time gold has been dancing to the tunes of the dollar. Prices have remained almost dependent on the dollar and the movement has been inverse. And dollar is further dependent on the US economy which has been showing positive developments and better than expected progress.  Efforts by the Trump administration to reduce the trade deficit from an economic point of view has been friendly for the greenback as well.

Gold has fallen about 13 percent from an April high, largely because of the stronger dollar, which has been boosted by a vibrant U.S. economy and fears of a global trade war. Investors have bought the greenback instead of gold as a safe investment.

The release of the final U.S. gross domestic product for the second quarter “put downward pressure on the yellow metal. Moreover, the pace of [economic] growth was confirmed as strong in the U.S. which validated the more hawkish views within the Federal Open Market Committee (FOMC).

Last Wednesday, the Fed on lifted federal-funds rates for the third time this year, to a range between 2% and 2.25%, and signaled it was prepared to increase again in December.

The spill over effect of previous and future hikes was seen on gold at the beginning of this week too. Gold prices lowered in Monday and premised in the negative zone.

There is still a lot of downward pressure for gold before it picks momentum. The widening of interest rate differentials, and the upward trends in U.S. economic performance are weighing on gold. At least in this quarter, fundamentally it is very difficult to long gold.

But as I have mentioned in my previous blogs, is that though gold has not lived up to its safe haven image, the central banks are still piling up its reserves.

Gold, known as a “safe haven,” has come to be preferred by central banks as well as individual investors since the outbreak of the global financial crisis. Central banks in the first half of this year added 193.3 tons of gold to their reserves, the highest level since 2015. With 125.8 tons of gold, Turkey was named the second country achieving the highest increase in gold reserves since early 2017.

Russia, Turkey and Kazakhstan played an important role in the purchases in question. In the first half of the year, 86 percent of total gold purchases were made by these three countries.

The reason for these piling reserves of gold is to reduce its dependency on dollar reserves. What people have understood lately that US President Donald Trump’s attitude have been disturbing global financial markets. This could worsen further. In anticipation of avoiding future problems, central banks and other countries have started increasing their gold reserves; On the other hand, the rise in geopolitical risks in the Middle East was also instrumental in increasing the demand for gold.

Furthermore future events may lead to volatility, once again a favorable zone for gold

All of these might have an impact on world economies and further on gold thus raising its demand as a safe haven asset.