Gold Not Concerned about a rising dollar

Spot gold fell for a second straight month in March even after the Federal Reserve said it would pause on interest rate hikes for the rest of the year, which lead to a surge in equities instead.  The global spot gold prices were trading slightly higher at $1,274.20 an ounce, while silver was trading up at $14.93 an ounce in New York.

Meanwhile on Wednesday, in the domestic market, gold prices were down by Rs. 50 to Rs.3270 per 10 gm in the capital over weak demand from the jewellers. 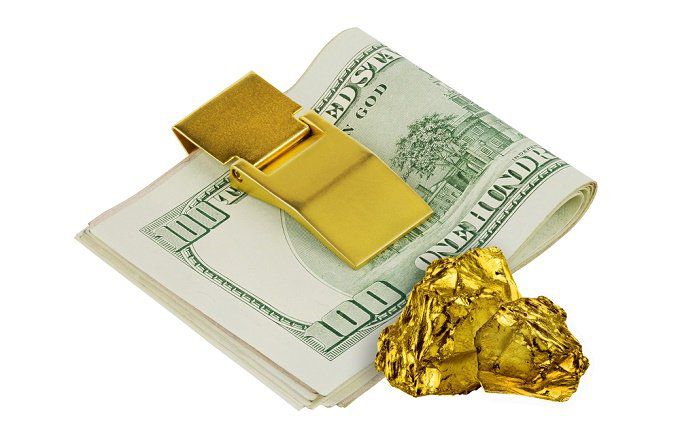 It’s proving increasingly difficult for Gold bulls to prove their case under present market conditions, thanks to a broadly stronger Dollar, equity markets hanging on to most of their year-to-date gains and cautious optimism over US-China trade talks.

However, dark clouds still linger over the global economy, and data points that signal a turn for the worse for the worldwide context could spark a massive rebound for Gold back towards the $1,300 handle. The ongoing geopolitical crisis, trade wars, dovish Fed comments will add up to the rally in gold prices.

Gold prices are expected to remain higher by 3.2 per cent this year on account of strong demand and an extended pause in interest rate hikes by the US Federal Reserve, World Bank Commodity Outlook for April 2019 said. The yellow metal rates surged in the first quarter by 6.1 per cent after hitting a downward path in September last year. The rise may be attributed to the support offered by robust demand and decline in the real interest rates, the report said.

We can’t ignore the constant buying by central banks. The  share of gold holdings have been increased by the central banks of the emerging markets such as China, India, Russia and Turkey so as to diversify their asset base, the World Bank report said. The investors have increased their net long positions in the gold-backed exchange traded funds, this has lead to an increase in demand and furthermore an increase in the prices of the yellow metal.

The Dollar’s year-to-date climb has kept Gold rooted near its lowest level in 2019, below the psychologically-important $1,280 level, as markets keep an eye on the $1,265 support line.

Still, the longer term outlook is more bullish as central bank purchases should be supportive of prices, with inflows running as high as last year, and a rally of $1,450 an ounce over 12 months awaits.