Gold performed well in April. In fact it had a fairly moderate performance given the fact that a lot of macro factors were playing around its prices. US equities, Fed comments, US China trade war, were among the key macro factors that were highly influencing gold prices. Still it managed to stay stable for the month of April. 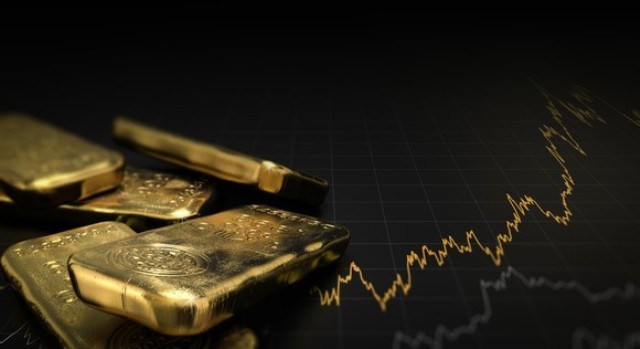 This week too, gold prices were more or less unchanged. Gold prices were little changed on Thursday ahead of Sino-U.S. trade negotiations, while demand for government bonds, Japanese yen and a key technical resistance limited gains for the safe-haven metal.
In fact after a fairly dismal start to the new month, it began to trade upwards and was some $3 higher by the New York close, and then moved higher on Wednesday.
Once again, gold saw some interesting influences in the market-
Equities- U.S. equities all fell sharply and gold began to trade upwards. Now it’s not clear, whether gold’s rise and the fall in equities were interlinked, but probably the two were connected in some respects.
Demand from Indian Markets– Indian demand and imports were reported by Bloomberg to have risen sharply in April, ahead of the Akshaya Tritiya Festival.  This is seen as an auspicious time to buy gold and silver in the sub-continent and, coupled with lower gold prices over the past few weeks, seems to have boosted demand. As Indians celebrated this Festival on 7th May, we saw jewellers and bullion traders piling their stocks in the month of April, thus resulting in a rise in demand as reported by Bloomberg.
Demand from China-.  India used to be the world’s largest gold consumer, but has been comfortably overtaken in this position by China in recent years.  The nation’s central bank has been announcing monthly gold purchases again since December last year and in April it reported it added 14.93 tonnes of gold to its reserves – its highest monthly total since it commenced re-reporting monthly increases and the fifth successive month of reported increases.  This reported figure still puts China in 6th place among national holders of gold, almost 280 tonnes behind Russia in fifth place, but we think China’s true gold reserve figure could be far higher, if one takes into account the nation’s track record of holding substantial amounts of gold in accounts it has, in the past, deemed not reportable to the IMF.
Trade war- Washington has accused Beijing of backtracking on commitments made during trade negotiations and U.S. President Donald Trump has threatened to hike existing tariffs on Chinese goods on Friday and impose fresh levies soon if there is no deal.
President Trump’s aggressive statement on raising tariffs on some $200 billion of Chinese imports with a deadline on Friday re-ignited trade war fears.
Supply- Demand- New gold supply is pretty flat at the moment given that there are few significant new gold mining projects coming on stream and the price has not been high enough to stimulate any additional scrap sales.  Even if the gold price rises sharply the lead time taken to bring new projects into production is long.  Indeed higher gold prices could conversely lead temporarily to a production downturn as miners open up lower grade sections to prolong mine lives.  And lower grades at unchanged mill throughput means lower output.
Keeping the current global scenario in mind, it seems that gold will continue to hold its bullish position for which it has been struggling to sustain since a few months. Nonetheless, any news that will be bad for the world will prove to be good for the yellow metal.