Many competitors for gold in 2018

Gold began 2018 on a firm note on Tuesday after prices hit their highest in more than three months, supported by technical factors after breaking above $1,300 an ounce last week. 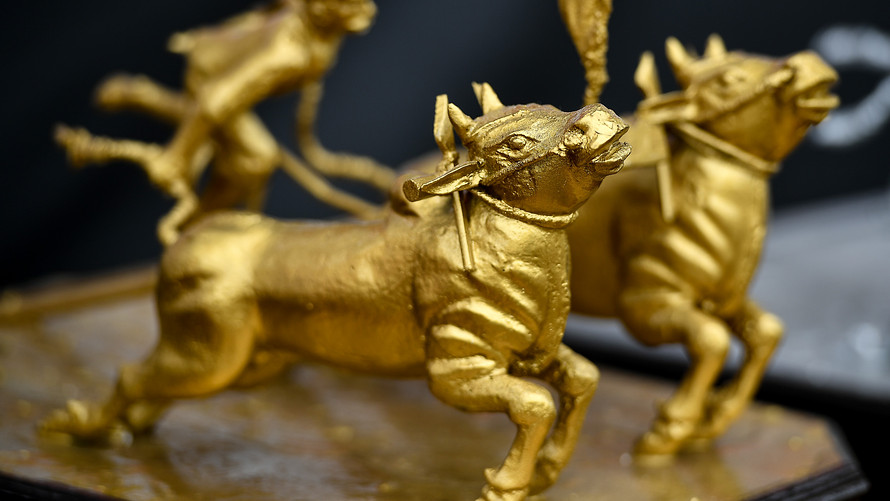 The greenback, in which gold is priced, had its worst performance since 2003 last year, damaged by tensions over North Korea, questions over Russian involvement in U.S. President Donald Trump’s election campaign, and persistently low U.S. inflation.

The dollar’s drop to three-month lows versus a basket of currencies on Friday lifted gold to its highest since mid-October. In the last couple of weeks, trade has been relatively thin, yields have been under pressure and the dollar as well, so gold has profited from that

Preceding real yields, the dollar is the most important driver for gold. And it was the dollar’s weakness, which even a Fed rate hike was unable to pull down gold prices. Even though the rates are hiking, the dollar I do not benefit from it.

On the other hand, Gold has clearly benefited from lower U.S. yields and a much weaker U.S. dollar into the year-end. Gold has risen more than $70 from nearly five-month lows hit in mid-December.

More than half of the $70 rally came in the last week, during the holiday period.

However, on Wednesday there was a slight halt to this rally as we saw the dollar strengthening over the release minutes of the FOMC meeting (that was held on Dec 12-13)

The Fed’s minutes acknowledged the U.S. labor market’s solid gains and the expansion in economic activity, even as they affirmed policymakers’ worries about persistently low inflation. That suggested the central bank will continue to pursue a gradual approach to raising rates but could pick up the pace if inflation accelerates.

Fed officials also discussed the possibility that the Trump administration’s tax cuts or easy financial conditions could cause inflation pressures to rise, leading to some dollar-buying, analysts said

The dollar rallied on Wednesday on upbeat U.S. manufacturing and construction data and after minutes from the Federal Reserve’s last policy meeting showed the central bank remained on track to raise interest rates several times this year.

Snapping a three-week losing streak, the dollar hit session highs against the euro and yen after the minutes from the Fed’s Dec. 12-13 meeting. The dollar index posted its largest daily gain in more than two weeks.

Gold eased from an earlier 3-1/2 month high on Wednesday and was on track for its first day of losses in nearly three weeks as a firmer dollar pressured assets priced in the U.S. currency.

Currently, gold seems to rise steadily in 2018. There are many important competitors for gold that will surely play a significant role in its price movements-

Looking ahead, it is difficult to determine if gold will hold these holiday gains when traders come back in full force in the New Year.