The Consumer Price Index — a commonly used measure of US inflation — rose 6.8% year-over-year in November. Inflation has accelerated again from the October pace of 6.2% and reaching its highest level since 1982 when Reagan was in the middle of his first term as president.

US Inflation at 40 years high 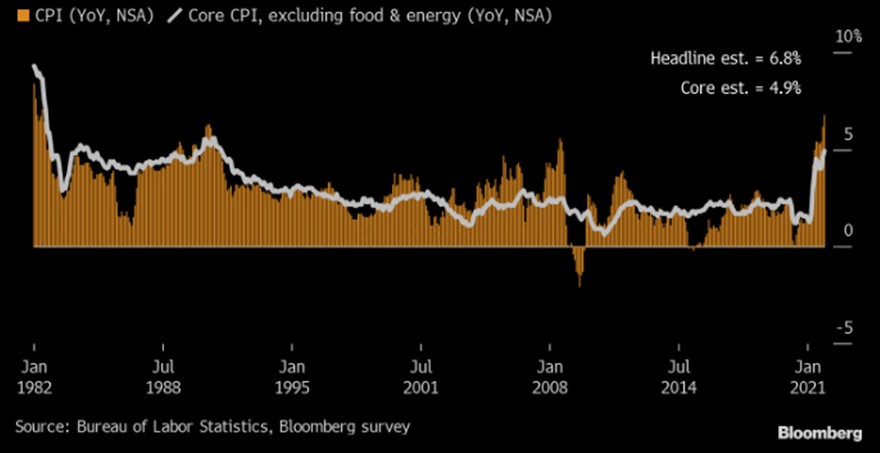 Inflation has accelerated through the fall as the supply crisis and strong spending fueled price hikes. The first look at the CPI report reveals where prices soared the most last month. Energy costs fueled the bulk of the month’s inflation, with the category seeing prices climb 3.5% in November. Gasoline prices saw the biggest jump of 6.1%, matching the pace seen in October. Fuel oil inflation slowed to 3.5% from 12.3%, according to the report. Used car prices jumped 2.5% through November, matching the pace seen the month prior. The category fueled one-third of higher inflation in the spring before cooling off through the summer. The category is still up 31.4% year-over-year, more than nearly any other product.

The US CPI report would influence the Fed’s decision to taper its stimulus at a faster pace and its strategy on interest rate hikes. This will influence the USD demand and provide a fresh impetus to gold prices heading into the FOMC policy meeting on December 14-15. While inflation has soared, the S&P 500 has soared, WTI has soared, and copper has soared, 2021 has been extremely unkind to the precious metals as Gold has declined by 6.25% and silver by 16.66%.

Gold responded positively to higher inflation expectations. And, historically, gold has reacted strongly to periods of high US CPI, such as the one’s markets experienced in the 1970s and 1980s. However, we have also found that gold prices have been more intricately linked to the money supply and less to US CPI since the 1990s. Part of this is due to inflation targeting by central banks, but also a function of the global nature of gold as an inflation hedge.

Should US CPI remain elevated for longer, we could see gold react positively as it did historically. However, should inflation remain subdued, gold is more likely to follow money supply growth, and not react as much to CPI increase.

The Group of Seven finance ministers will convene virtually on Monday to discuss the recent surge in inflation. The talks will come against the backdrop of supply-chain snarls that have hampered the world economy, and ministers will also discuss healthcare. The virtual discussion reflects the depth of concern inside
the U.S. and other large economies for what has become a major political challenge bedeviling governments and policymakers. The problem for the G-7 is that it’s unclear what they can do. There are not many governments can do to impose a solution. 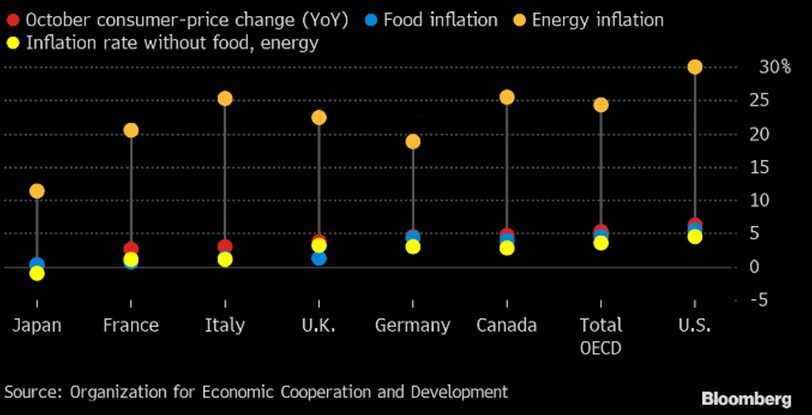 From a technical perspective, gold has been oscillating in a familiar trading band over the past two weeks or so. Given the recent sharp pullback from a multi-month high, around the $1,877 region, the range-bound price action could still be categorized as a consolidation phase. In the domestic context, gold prices need to sustain above Rs 48000 to resume their uptrend towards Rs 49000 and Rs 50000, with strong support at Rs 47000.