Precious Metals rebounds after a slate of Central bank meetings

Precious Metal ends the week in advance since the middle of November, following several central bank announcements on monetary policy. The Bank of England unexpectedly raised interest rates on Thursday for the first time in three years, setting aside concerns over the coronavirus to tackle the highest inflation in more than a decade. A day earlier, U.S. Federal Reserve officials decided to double the pace of tapering, while projecting a series of rate increases in coming years, starting with three hikes in 2022. In a more nuanced move, the European Central Bank temporarily boosted monthly bond buying for half a year to smooth the exit from pandemic stimulus, while the Bank of Japan took a cautious stance on winding down support Friday. 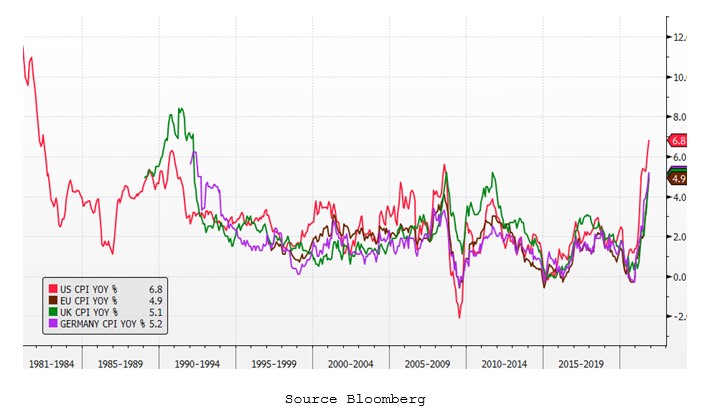 The Fed, European Central Bank, Bank of England and Bank of Japan are all wrestling with how to cool inflation this week, with many developing nation policy makers already raising interest rates to support falling currencies. The Fed said Wednesday it will double the pace of its bond tapering to begin raising rates next year after U.S. inflation grew the fastest in nearly 40 years. 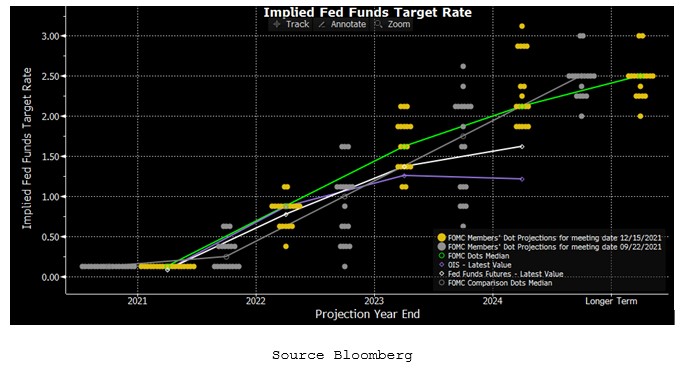 Above chart displays the most recent quarterly survey, with the date indicated in the amber box at upper left. Individual FOMC members’ forecasts are shown as yellow dots. The median forecast of Fed officials is shown by the green line. The white line shows rate expectations as indicated by Fed funds futures, while the purple shows expectations reflected in overnight interest rate swaps. 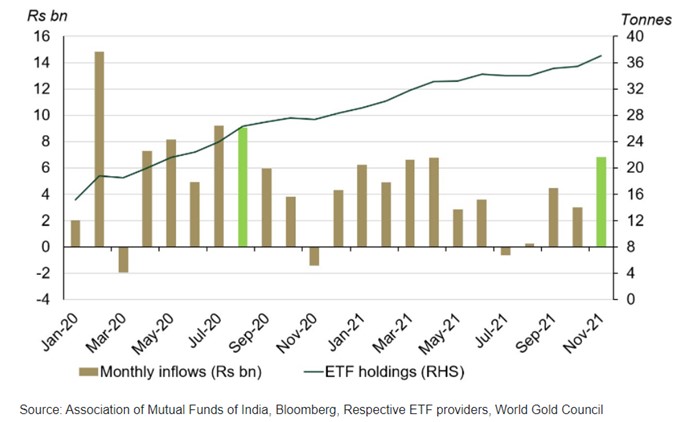 In the meantime, wedding rush sets record, sends India’s gold imports surging to 6-year high in 2021. The bumper festival season may help push India’s gold imports to as much as 900 tons in 2021, the highest in six years. There were a lot of weddings that were postponed from the previous year and now again the pandemic scare is picking up. About 2.5 million ceremonies are estimated to have taken place since mid-November, around a quarter of this year’s expected annual total. 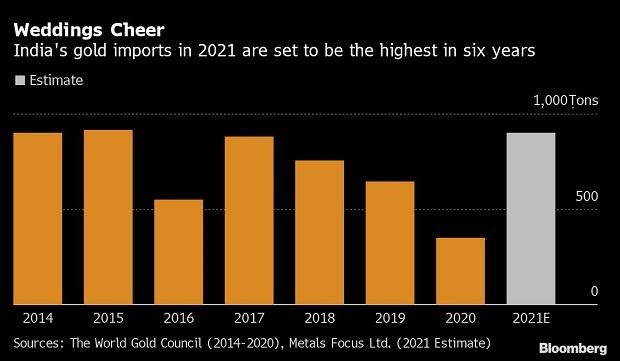 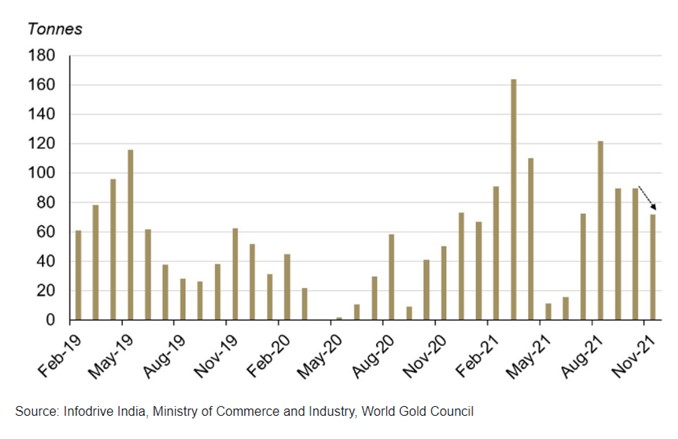 Over the course of the last six weeks, precious metal prices have charged to a five-month high, and fundamentally, gold remains strong after higher inflation reported by the US and by the UK during the week. Gold is used as a hedge for inflation, so the bias remains bullish.