Rate cut vs No Rate cut

Gold has a very pivotal role to play in the global markets especially in times of uncertainties. Some consider gold as a currency, for some it’s a hedging tool, while some take as a commodity and there are many who treat it as a store of value. Irrespective if the role it plays, markets love to own gold in all these forms. 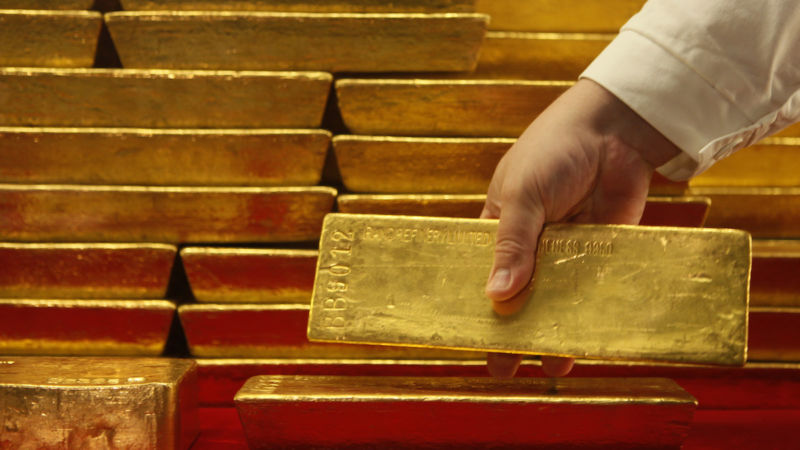 When equities roll over, the safe haven of Gold takes on renewed energy! Following these sentiments, perceived rate cuts are proving to be bullish for Gold. Though markets are divided into 2 sectors- a part that feels rate cuts will be bullish for gold and the remaining feel it otherwise.

During the last 2 rate cut cycles, it paid to buy Gold and Silver after the first rate cut. The Fed cut nominal rates in late 2007 causing real interest rates (yields on 3-month Treasury bills less CPI inflation) to fall, which caused a strong run in Gold for first half of 2008 before strongly pulling back and then re-launching in 2009 for a multi-year run. Gold is expected to behave in a similar manner for any further rate cut.
The biggest booms in the gold market occurred in negative real rates environments like we have today, first during the 1970s, when both nominal interest rates and inflation rates were high, and later in the 2000s, when both nominal interest rates and inflation rates were low.
Though it would be a wise decision to include gold and other precious metals into your portfolio, but as a trader it would also be recommended to diversify into Yen, Bonds, SPY- until Fed is ‘done cutting’ rates – likely December.
Gold price movements don’t have a clear picture this week as their biggest concern will be the FOMC rate decision and commentary. The yellow metal’s over 11 percent rise during the past 2 months may look increasingly overpriced if the central bank fails to meet or exceed the market’s comparatively more dovish expectations.

If the Fed fails to live up to market expectations – even if they announce a rate cut but have a less-dovish outlook– investors may perceive the Fed’s action and commentary as relatively more hawkish. Gold’s appeal as a non-interest-bearing asset may then erode and cause capital to shift from the yellow metal to the US Dollar. This part of the markets feels that rate cuts will strengthen the dollar and weaken the gold.
On the other hand we see Chinas ever increasing gold piling activity. China increased its gold reserves for the seventh month in June, taking its total reserves to 61.94 million ounces, up 330,000 ounces compared with previous month (sources- Peoples Bank of China –PBC)
China increased its gold reserves in recent months and it aims to guarantee the safety, liquidity and value preservation and appreciations of its international reserves.
Gold has always helped in regulating and optimising the overall risk return features of the international reserve portfolio. It has multiple attributes of finance and commodities both.
Chinas gold reserves were unchanged from October 2016 until December 2018, when the country began to increase its holdings.
What’s interesting to note is that if China continues to pile gold at this speed then it may surpass Russia in 2019, to become the world’s largest gold buyer.
Where on one hand we see such huge demand for gold from China, on the other hand demand for gold in the domestic markets has dampened.
Indian gold demand tapered off after the monsoon1 started on the 1st June and weakened further after the local gold price spiked with the sharp rally in the US dollar price. Once the domestic gold price breached Rs 33,500/10gm level on 20 June, retail demand fizzled out. The domestic economic environment also had a dampening effect, with indicators such as IIP and domestic car/motorcycle sales pointing towards a slowing economy. Consumers also held up purchases in June in the erroneous hope that a cut in customs duty would be announced in the Budget on 5 July. The retail demand however received some support from the ongoing wedding season till end of June.
Coming back to the talk of the town. All eyes turn to the Federal Reserve’s rate decision next week, scheduled for Wednesday. Next week can play out one of two ways — the Federal Reserve introduces a 25-basis point rate cut and gold consolidates, or the central bank doubles down on easing with a 50-basis point cut and gold rallies to new highs.