While the economic drag from the Ukraine crisis is being most keenly felt in Europe, we are experiencing the greatest price pressures, against the backdrop of inflation at its highest level in a generation in major economies, including the United States, Britain and Europe. These price rises have undermined consumer confidence and shaken the world’s financial markets, prompting central banks, including the US Federal Reserve, to raise interest rates. 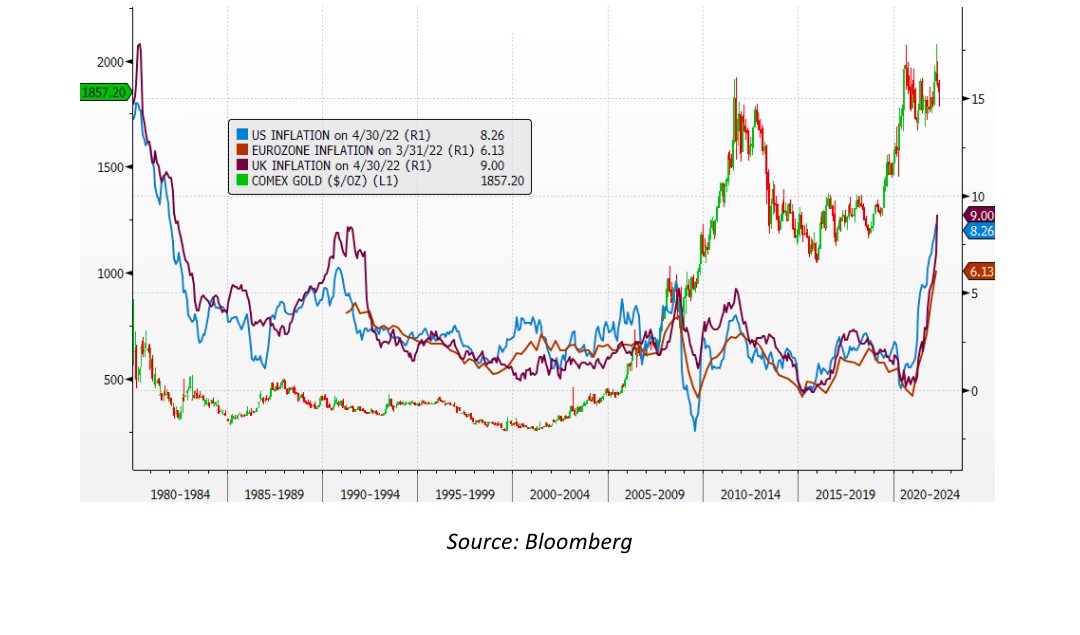 As per German Vice Chancellor Robert Habeck, we have at least four crises, which are interwoven. We have high inflation, we have an energy crisis, we have food poverty, and we have a climate crisis. And we can’t solve the problems if we concentrate on only one of the crises. But if none of the problems are solved, we’re running into a global recession with tremendous effect on global stability. Inflation is at a four-decade high of 9% in UK too and expected to rise further, while the Bank of England predicts a significant fall in growth later this year, followed by a prolonged period of stagnation.

The International Monetary Fund (IMF) last month cut its global growth outlook for the second time this year, citing the war in Ukraine and singling out inflation as a “clear and present danger” for many countries. And as per ABN AMRO group too, the risk of recession is arguably now the highest it has been since the start of the pandemic in 2020

Probability of Recession in next 12 months

Monthly sales of newly constructed US homes fell to a two-year low in April, supporting the assumption that the housing market is faltering due to rising interest and mortgage rates. Existing home sales in the United States are down from the previous three months, as interest and mortgage rates have risen. Prior to that, the National Association of Home Builders noted in its early May survey that homebuilding sentiment—a measure of domestic construction activity—had dropped to two-year lows.

US New and Existing Some Sales 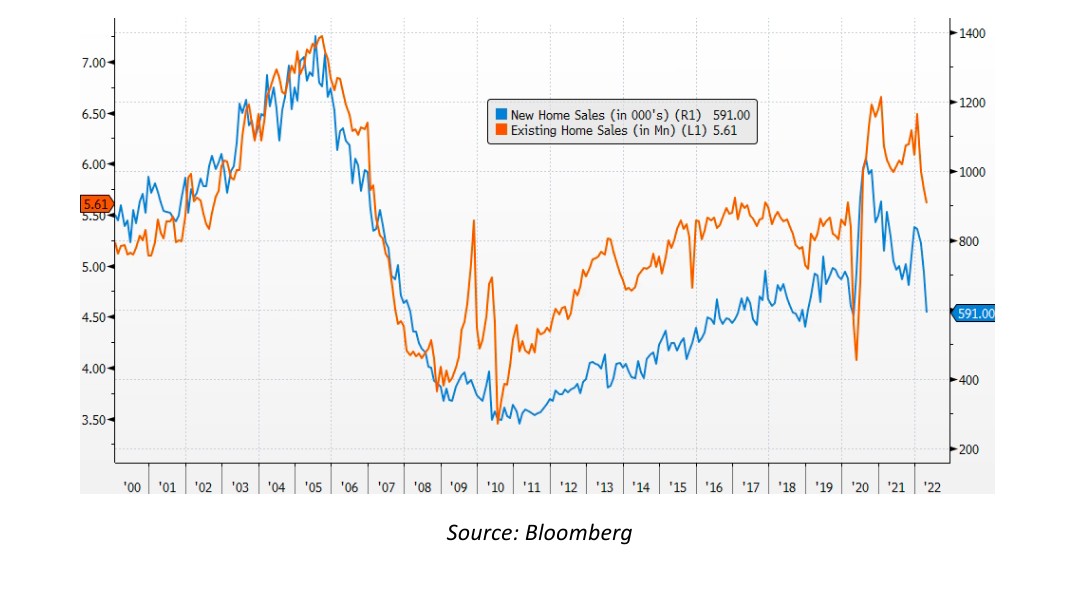 Housing and real estate play a significant part in the US economy, with around 65 percent of occupied housing units being owned by their owners, making homes a significant source of household wealth and home construction a significant source of employment. The probability of a recession is increasing, which might mean another shoe dropping for markets. After all, the US first-quarter real GDP was negative, and the chances of a negative second-quarter real GDP are increasing. Fears of a recession are beginning to weigh on markets as well.

The good news for bullion bulls is that the Federal Reserve does not appear to be overly concerned about the economy’s deterioration. The central bank is most likely to stick to a half-point rate hike in June rather than a three-quarter-point boost, which would have accelerated the yellow metal’s depreciation.

As a result, the Dollar Index, gold’s arch-rival, has fallen from 20-year highs above 105 in early May to just around 101, a decrease of more than 3%. Bond rates, as indicated by the Treasury’s 10-year note, have been falling as well, down about 3.7 percent just on Tuesday and poised for a third week of declines. Therefore, Gold should get support from higher inflation, deteriorating economic data, growing risk of recession globally and prices are expected to trade above $2000 again in next few months.