The primary concern is the current level of inflation in the United States which according to the most recent data provided by the government is at 7%. The last time inflationary pressures were this high was in 1982, 40 years ago. Also, market participants are focusing on inflationary concerns in regards to upcoming action by the Federal Reserve at the upcoming FOMC meeting which will begin on Tuesday, January 25. Lift-off, a term used to describe the initiation of interest rate hikes is almost a certainty.

Federal Reserve officials will signal next week they’ll raise interest rates in March for the first time in more than three years and shrink their balance sheet soon after. The Federal Reserve has moved from being patient to panicking on inflation as Inflation recorded at 40-year high levels. In the December FED meeting, the FOMC doubled its pace of tapering of asset purchases, which is scheduled to bring the bond-buying program to a close in March 2022. 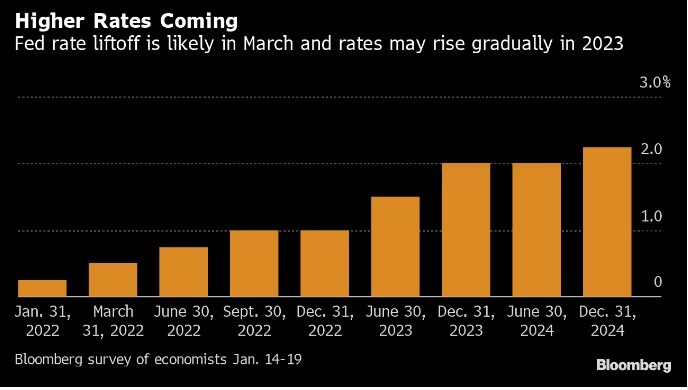 Much of next week’s meeting will be devoted to a discussion of how and when to normalize policy following almost two years of near-zero interest rates and massive asset purchases in response to the Covid-19 pandemic. The FOMC is likely to make changes to its policy statement that clearly signal a hike at its next meeting in March, according to 43% of economists, while another 43% say officials will suggest an increase may be appropriate soon, leaving the precise timing flexible. 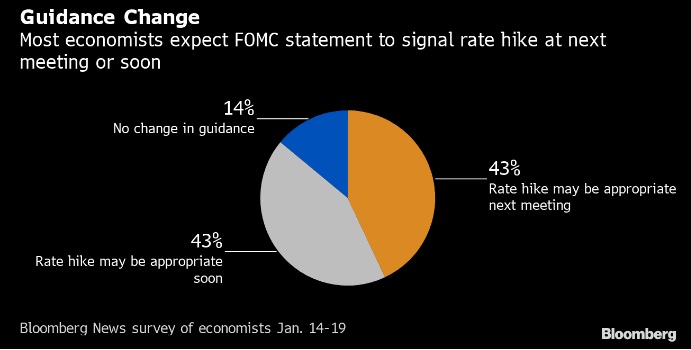 The widely held expectation that central banks tightening of monetary policy this year is keeping a lid on the prices of precious metals, gold in particular, for now. However, we believe that, at the end of the day, central banks will prioritize the goal of ‘keeping the economies going’ over ‘bringing inflation down’. This means that policy tightening will be much less pronounced and remain largely cosmetic, keeping inflation-adjusted interest rates well in negative territory.

Against this backdrop, we see a fairly good chance that the price of gold will return to its long-term upward trend – especially as we still consider the yellow metal to be undervalued at current prices. In particular, we expect institutional investor demand in gold to pick up, potentially taking gold prices higher towards $2100 /oz this year. And it seems Institutional players are returning to the precious metal market as Gold ETF holdings have increased by almost 29 tonnes on the last day of the week, leading to a total of 3078 tonnes of Global Gold ETF holdings. Such large adds occur almost exclusively during the advancing phase of the cycle suggesting very close to the start of the up-trend which will ultimately lead to ~$3,000 gold.

Even Silver witnessed 58 tonnes of inflows and CFTC Net position holdings have increased by 33% this week. It seems precious metals are due for a huge rally in the coming days due to Risk-off market sentiment.