Series of Events await for the precious metals market

Gold has been on a five month high, where prices climbed on Monday, with declines in a leading dollar index, Treasury yields and the U.S. stock market, as well as comments from a well-known fund manager, prompting prices to settle at their highest in just over a week. 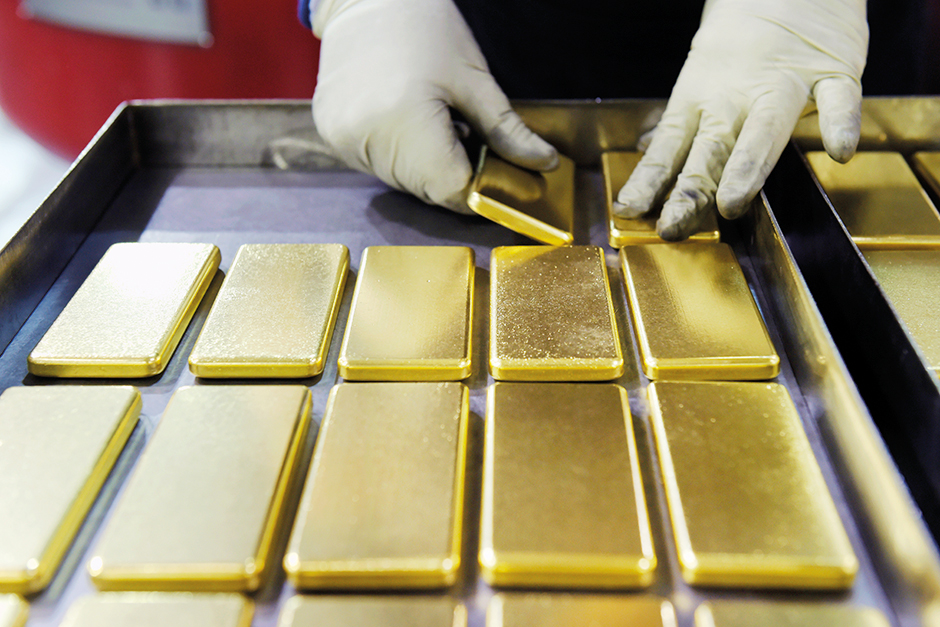 The gains in gold come ahead of key central-bank policy decisions this week and uncertainty around concrete trade developments between the U.S. and China.

US Dollar- On Monday, the ICE U.S. Dollar Index was down 0.4% at 97.054. Gold is often sensitive to movements in the dollar. A weaker U.S. unit typically boosts demand for commodities priced in dollars as it makes them less expensive to users of other currencies.

Fed rate hike- Market expectations for 2019 Fed rate increases, once put at three to four more increases, have also begun to lessen on the back of dovish comments from Fed officials, including Chairman Jerome Powell. Fed rate-hike expectations are plummeting. Fed fund futures imply only a good 70% probability of a rate hike at the Fed’s meeting next week, with the probability of another by the end of 2019 likewise at only around 70%.

Expert t advice- Doubleline Capital Founder Jeff Gundlach predicted the U.S. dollar would struggle in the coming new year, and that U.S. equities will enter a bear market. Post this statement; Prices for the metal got an added boost to intraday highs.

Brexit- Brexit is another geopolitical factor whose uncertainty is supportive for haven metals, though, again, the reaction has been muted so far. In the U.K., solutions to the Brexit dilemma are still hard to come by, a background story that is keeping the dollar bid, but not offering much extra boost for precious metals.

n other monetary policy updates this week, the Bank of Japan will make an announcement late Wednesday and the Bank of England meets on Thursday. The dollar has enjoyed relative strength against the yen and the pound, in part because of the interest-rate differential between the U.S. and its major economic allies.

the Bank of Japan will make an announcement late Wednesday

monetary policy updates this week, and the Bank of England meets on Thursday

a speech by President Xi Jinping

There have been signs if panic in the market resulting in higher volatility. Riskier assets have been under pressure due to geopolitical events.

Currently the highlight is the ongoing US china trade spat and the market needs to see some real signs that point towards resolving some of their differences.