Surprises in store for the market

Over the past 20 years, gold has outperformed alternative and traditional assets, such as developed market stocks, hedge funds, developed markets debt, global real estate investments and the broader commodities complex. It has always been a reliable asset in times of crisis and uncertainties- be it global, economic or political. 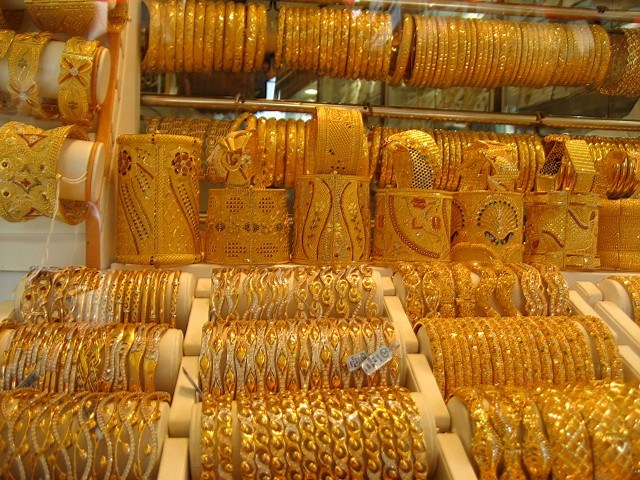 Gold has enjoyed greater demand in a low interest-rate environment as the hard asset becomes more attractive to investors compared to yield-bearing assets. However, traders lose interest in gold when rates rise since the bullion does not produce a yield. Interest rates remain low in many developed markets and some emerging markets have been rapidly lowering borrowing costs since last year.

Gold’s price is in a strong uptrend over a year old, high in its young bull market.  Gold isn’t far from breaking out to its best levels since September 2013, a really big deal.  The stock markets even finally sold off after years of unnatural calm.  Yet traders are still down on gold. The reason being various pull and push factors that are influencing gold prices and capping it from rising.

We have seen that perception and action go hand in hand. In the bullion markets too prices movements drives psychology.  When something’s price is rising, suddenly everyone wants to have that and this excitement makes the market bullish. Market players increasingly buy to ride that upside momentum, amplifying it.  Of course the opposite is true when a price is falling, which breeds bearishness and capital flight.  Given gold’s great technical picture today, investors and speculators alike should be growing enthusiastic about its upside potential as there are more push factors for gold rather than pull.

Volatility has jumped across financial markets this month as investors worry about the pace of U.S. rates hikes in the wake of data showing a rise in inflation.

Spot prices have shed 1.4 percent this week, their biggest weekly decline since early December, after failing to sustain a brief push back above $1,360 an ounce last Friday, the 16th.

Spot gold slipped, erasing earlier gains, as Federal Reserve meeting minutes showed increasing confidence in the strength of the U.S. economy, curbing demand for the metal as a haven.

Fed officials “anticipated that the rate of economic growth in 2018 would exceed their estimates of its sustainable longer-run pace and that labor market conditions would strengthen further,” according to minutes of their Jan. 30-31 meeting released on Wednesday. This resulted in the strengthening of the U.S dollar as it headed for a fourth straight gain, and Treasury yields pushed higher.

Immediately after the minutes were released, gold prices rose while dollar slipped as investors assessed comments that officials remain concerned with the pace of inflation. The metal has fluctuated this month as traders look for clues on the pace of monetary tightening, which curbs the appeal of non-interest-bearing assets such as bullion.

With unemployment already the lowest since 2000, the Fed’s view entails that greater growth would risk overheating the economy and potentially warrant a faster pace of interest-rate increases, thereby blunting the effect of the tax changes. Lawmakers could potentially question Fed Chairman Jerome Powell on these issues when he testifies before Congress next week in his first hearings as central bank chief. With Yelled out of the picture and Powell taking over, we await a lot to happen in the market soon.