The time for gold should come soon

Gold prices gained on Friday and were at weekly record gains, while the dollar also traded higher although it is still hovering near two-month lows. 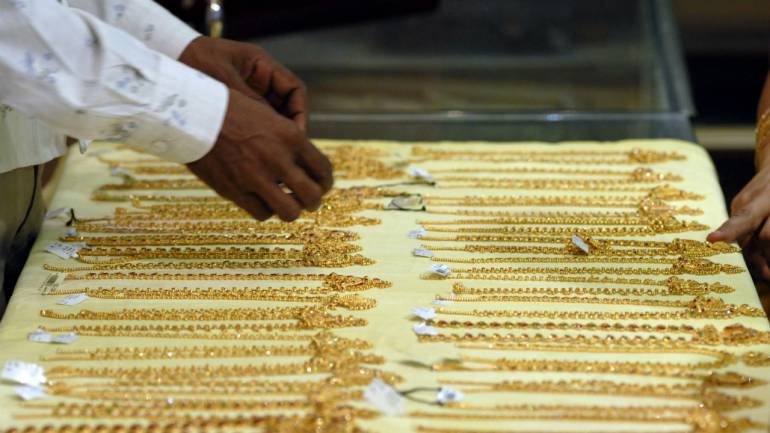 The dollar fell to a nine-week low against a basket of major currencies on Thursday as investors shifted their focus from a trade row between China and the United States to the Federal Reserve’s monetary tightening plans.

Currency markets have become more settled since reacting strongly to new tariffs announced by Washington and Beijing on Tuesday.

The fall in dollar this week came as safe-haven demand for the U.S. currency ebbed amid continued relief that fresh U.S. and Chinese tariffs on reciprocal imports were less harsh than originally feared.

China retaliated by putting tariffs on $60 billion in U.S. goods. However, China will put a 10% tariff on some goods it had previously earmarked for a 20% levy.

Reports of the tariffs imposed by the U.S. and China on each other’s goods being set at lower levels than expected were cited as headwind for the dollar prices, which is widely seen as safe-haven assets.

The dollar was also under pressure after a report said that the U.S. and Canada are unlikely to reach an agreement on NAFTA this week.

While trade disputes gained momentum, there was one more thing that has kept the markets on its toes. The next Fed meeting. Investors looked ahead to the next Federal Reserve policy decision to be announced on Sept. 26.

U.S. economic data has remained strong, and the dollar has tended to act as a safe-haven trade, gaining as tensions between Washington and Beijing escalate.

Markets currently expect the Fed to hike rates by a quarter of a point, while fed fund futures price in an additional increase at the end of the year at more than an 80% probability.

Looking ahead, markets would be paying close attention to next week’s Federal Reserve meeting. The U.S. central bank is widely expected to hike rates and discuss paths for future rate hikes. Higher rates dent demand for non-interest yielding gold and in turn boost the dollar in which it is priced.

The Federal Reserve is next week expected to raise benchmark borrowing costs and shed more light on its future rate path.

One more noteworthy thing that happened over the week was gold buying by Russian central bank.  As mentioned in my blogs earlier, the Russian central bank has been piling up its reserves and the latest figures released , stated that it has added a further 1 million ounces of gold (31.1 tonnes) to its reserves that month bringing the grand total to just over 2,000 tonnes as we suggested a month ago. It now has the holdings of Italy (2,451.8 tonnes) and France (2,436.0 tonnes in its sights to become the third largest national gold holder after the USA (8,133.5 tonnes) and Germany (3,369.9 tonnes) – all figures as reported to the IMF.

Russia and China are both believed to by buying gold as they feel the yellow metal will have an important role to play in the ongoing development of the global financial system. Russia and perhaps China too, are also believed to be buying gold, amongst other moves, to reduce their dollar-related Forex holdings.

All these considerations suggest one thing- . Gold should shine not only due to the lower real interest rates and as an inflation-hedge, but also as a safe-haven asset hedging against the potential overshooting by the Fed.  We don’t expect any major financial crisis or that there won’t be a rate hike—what we think keeping these considerations in mind- the time for gold should come soon.