Time To Add Gold In Your Portfolio 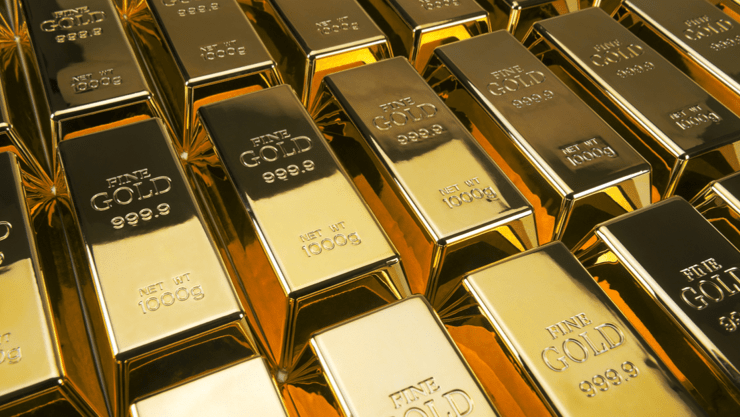 Gold has fallen more than 8% this year as concern about trade disputes; currency weakness in emerging markets and rising US interest rates has strengthened the dollar, making bullion more expensive for buyers with other currencies.

TRADE DISPUTE- Gold is trading back above $1,200/oz ahead of the expected announcement from the White House that China is about to get hit by additional tariffs on goods valued at up to $200 billion. The latest US trade balance for July showed the US in the red by $50.1 billion while the trade deficit with China rose to a fresh record of $36.8 billion.

Investors have been waiting for a fresh round to be fired in the Sino-U.S. trade war after a public comment period for proposed U.S. tariffs on a list of $200 billion worth of Chinese imports, which includes some consumer products, ended late last week.

With his domestic agenda being challenged by the upcoming midterm elections, less-than-flattering comments from White House insiders, and the ongoing Mueller investigation, President Trump is unlikely to step back from his fight with the Chinese.The prospect of an escalated trade war continues to make matters worse for emerging market bonds, stocks and currencies.

The trade war and its effect on the USD/CNY exchange rate remains the primary determinant of Gold prices in dollar terms. Until either the trade war ends or the dollar falls, either of its own accord or due to a Fed reversal in policy, USD/CNY is likely to go higher and gold lower.

The escalating trade war crisis continued to spill its effect on gold in the past week too. Gold prices rose on Friday due to a lower dollar and jitters about an escalation in the U.S.-China trade dispute after fresh threats by President Donald Trump, although bullion is still heading for its fifth straight monthly decline.

CURRENCY WEAKNESS- Lately positive U.S. economic numbers have been showing signs of a strengthening U.S economy. This has further strengthened the dollar against major basket of currencies. In India too rupee was at a record low of 72.17, sliding by 44 paise against the US dollar on rising demand from US dollars by bankers and importers.

Like the trade war, the dollar prices continued to show its effect on gold this week too.

The dollar traded higher against a basket of currencies on Monday amid fears of a potentially major escalation in the China-U.S. trade conflict, while Sweden’s crown rose following the previous day’s election.

U.S. President Donald Trump warned on Friday that he was ready to slap tariffs on virtually all Chinese imports into the United States, threatening duties on another $267 billion of goods in addition to the $200 billion already facing the risk of duties.

Non-Farm payrolls led to some modest downward pressure on gold. Furthermore, though the dollar will continue to weigh on gold, and as long as the dollar is strong, gold will remain constrained.

RISING INTEREST RATES- Gold prices held steady during Asian trade on Tuesday as investors remained on the sidelines amid expectations of a U.S. interest rate hike this month and on fears of an escalation in the Sino-U.S. trade war.

Strong U.S. payrolls data last week cemented expectations that the U.S. Federal Reserve will raise interest rates in September, in what would be its third hike this year, with expectations of one rise more in December.

Now what’s interesting to note is that though gold is being hammered lately, financial advisors in Asia, are suggesting their clients that this is the right time to include gold in their portfolio. They have been asking them to take advantage of dips and to stockpile to protect assets against pounding equity markets.

Gold has sold off over the past few months as USD interest rates have increased, so there is more opportunity to buy. For clients who do not have an allocation of gold in their portfolios, now is the time to add gold.