So far this week looks good for gold as we saw its prices edging higher in Thursday In Asia and it traded near a 5 month high amid U.S. yield curve inversion. 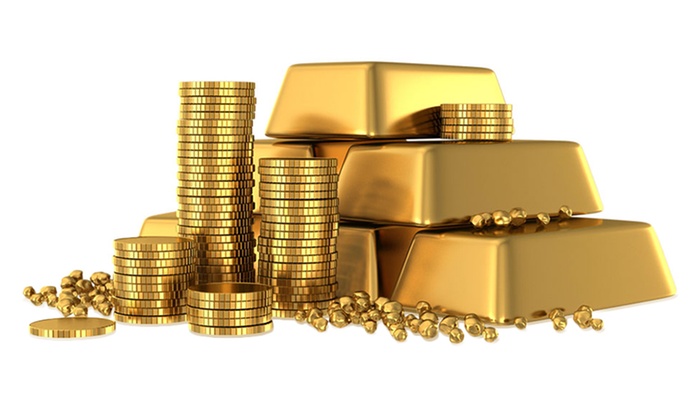 The yield curve inversion triggered concerns about economic growth and a dollar sell-off recently. The two-year/10-year spread was at its flattest this week in more than a decade amid a sharp fall in long-term rates. A flatter curve is seen as an indicator of a slowing economy.

Any slower pace in the economy adds to negativity in growth. This has put pressure in the dollar and further strengthened gold prices. The greenback came under pressure last week when the market took comments from Fed chairman Jerome Powell as signaling a slower pace of rate hikes. Markets still expect the Fed to move forward with a quarter-point hike this month but have interpreted cautious remarks from policymakers to mean that further tightening in 2019 will have to be re-evaluated on economic and inflation data and hence the pull in prices has not been that high.

Furthermore, uncertainty prevails in the market over the upcoming Federal Reserve policy decision, as the Dec. 18-19 meeting looms just over the horizon.

On Wednesday gold hit a high of $1243 an ounce and plunge back to $1233. Though we have gold prices moving up this year the trading range has been sideways because it doesn’t stay at the peak for a long time.

Hence it has been containing most of the price especially since the 11th of October, between 1212 and 1243.  Gold bulls will need the Fed to halt its raising interest rate programme to see a major reversal in the price of gold. Once the Federal Reserve ends the tightening cycle, the time to buy gold will be near

So we can say that if the bulls keep running for gold then it will pick momentum from here and will be seen crossing the $1243 territory and hopefully cross the July highs of $1257 an ounce.

The coming year looks positive for gold because the dollar is expected to weaken, US treasury yield might be lower, the Chinese Yuan expected to recover, and demand for Jewellery is predicted to rise.

And if all falls in place for the bulls then one wouldn’t be wrong if he expects gold to touch the $1400 level.

Must Read: Finding the Right Place to Buy Gold Online