What does a hawkish or dovish central bank tone mean?

You have probably heard a financial news presenter say something along the lines of “The central bank governor came out slightly hawkish today after bouts of strong economic data”. The terms Hawkish and Dovish refer to whether central banks are more likely to tighten (hawkish) or accommodate (dovish) their monetary policy.

WHAT DOES HAWKISH MEAN?

Some words that could be used describing a hawkish monetary policy include:

WHAT DOES DOVISH MEAN?

Dovish refers to the opposite. When central bankers are talking about reducing interest rates or increasing quantitative easing to stimulate the economy they are said to be dovish. If central bankers are pessimistic about economic growth and expect inflation to decrease or become deflation and they signal this to the market through their projections or forward guidance, they are said to be dovish about the economy.

Some words that could be used to describe a dovish monetary policy, include: 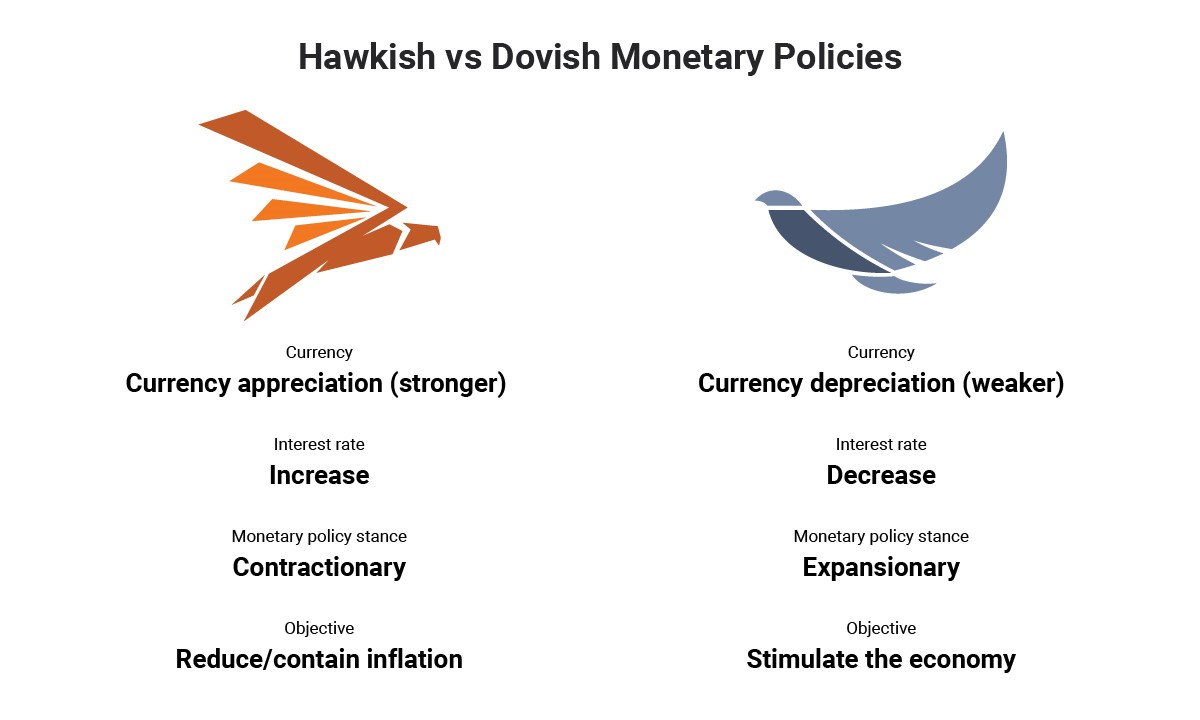 A slight shift in tone from a central banker could have drastic consequences on markets especially Currency, Bonds, and Gold. Traders often monitor Federal Open Market Committee meetings and minutes to look for slight changes in language that could suggest further rate hikes or cuts and attempt to take advantage of this. The hawkish tone of the Central bank is generally considered to be negative for precious metals, while the dovish tone is considered to be positive for precious metals.