What would be the impact of FED Monetary Tightening on Gold?

By Renisha Chainani, Head Of Research, Augmont Gold For All

Tight monetary policy is a central bank’s efforts to contract a growing economy by increasing interest rates, increasing the reserve requirement for banks, and selling U.S. Treasuries. Conversely, a loose monetary policy is one that seeks to expand or grow an economy, which is done by lowering interest rates, lowering the reserve requirements for banks, and buying U.S. Treasuries

FED was following Loose Monetary policy as it added nearly $4.6 trillion to its balance sheet beginning in March 2020, when the pandemic began, by acquiring $120 billion in monthly mortgage-backed securities ($40 billion) and U.S. Treasury bonds ($80 billion), bringing its ko total assets to just over $9 trillion.

Now the FED has approved its first interest rate hike in more than three years at its meeting on March 15-16. Some FED members were hesitant to make a 50-basis point adjustment in March because of the ongoing conflict in Ukraine. However, the FED meeting minutes released this week suggested that future rate hikes may go as high as 50 basis points, which is in line with market expectations for the May vote.

Other highlights of the FED minutes include the fact that at their March meeting, FED members agreed to begin lowering the central bank’s balance sheet by $95 billion each month, possibly starting in May. Officials “largely agreed” to allow a maximum of $60 billion in Treasury bonds and $35 billion in mortgage-backed securities to roll off over three months, most likely in May. That amount would be roughly double the rate of the previous attempt, which ran from 2017 to 2019, and would mark the beginning of a historic shift away from ultra-easy monetary policy.

This indicates that the Federal Reserve will unwind around $3 trillion over the next three years, reducing its $9 trillion balance sheet to $6 trillion. While the FED appears to be implying a quick balance sheet runoff, the fact is that the Fed’s balance sheet will be nearly $2 trillion larger than it was before to the pandemic. 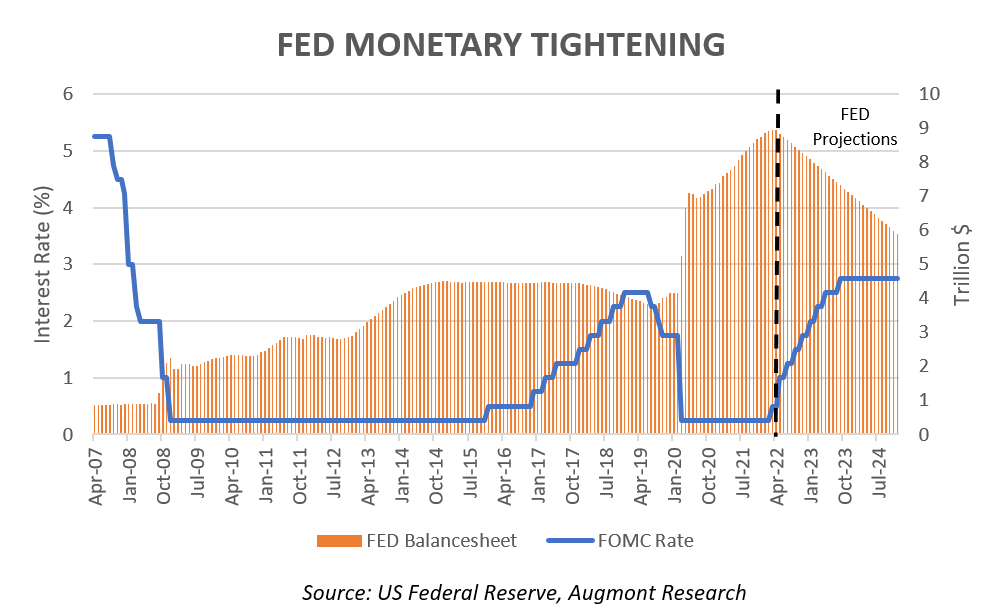 Anyone who believes the FED will become more dovish in its fight against inflation should beware. The publishing of the minutes provides investors with a great deal more clarity and understanding. The devil, as they say, is in the details. 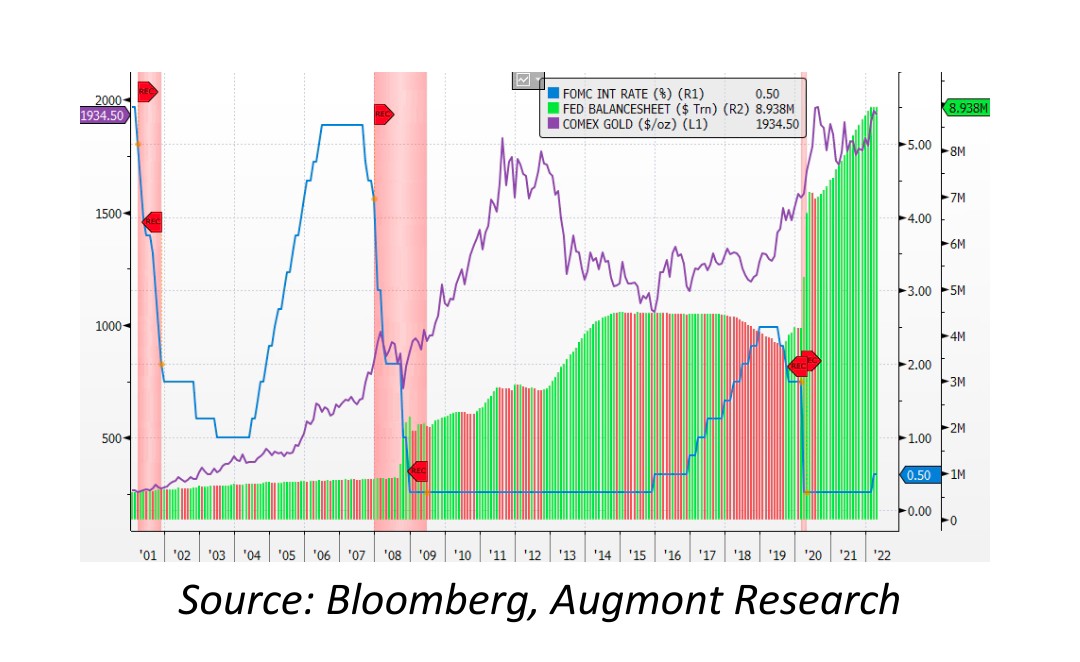 Looking at historical charts, when FED had tightened its Monetary policy from 2004-2007 and 2016-2018, Gold prices continued its bullish trend without being much impacted. So even this time, when FED tightens, Gold prices will continue its uptrend taking support from higher inflation.