History reveals that gold has always been considered as a safe haven asset, an asset that generates maximum returns in times of uncertainty. It is one of the oldest investment assets available to mankind.
But what would the scene be like when all markets are stable, economies are developing, geopolitical unrest is at rest? Will gold continue to generate income during economic boom?
Well to its critic’s gold does nothing for investors as it does not pay any form of income in terms of interest or a dividend. 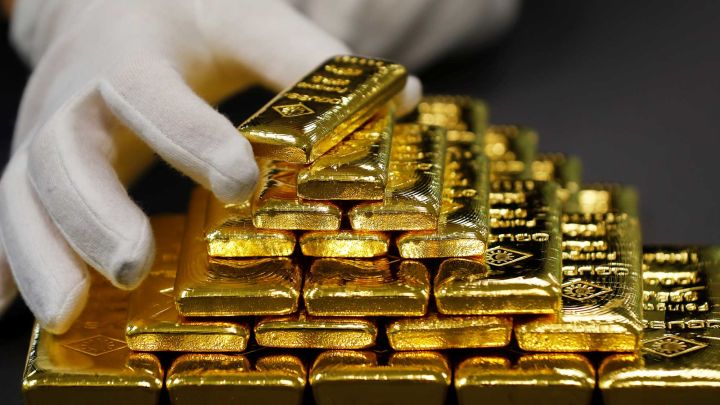 But their counterparts defend saying that if you had put a small amount of money into gold at the beginning of 2018 you would have seen a price rise of over $100 an ounce on your investment and a healthy return. Contrast this with the challenging year major equity and bond markets had, with most finishing the calendar year lower than they started. Indeed the only major equity markets which made a positive return in the last calendar year were in Brazil and India – which for private investors may be too high risk.
Even for the market experts it’s difficult to predict how gold will react in a particular environment. They always say gold and dollar are related inversely to each other, but many a time it so happens that gold also strengthens along with a strengthening dollar, because apart from dollar there many other factors in the world market that play a role in influencing gold prices.
When there is a global crisis gold prices escalate. And with the current environment where on one Side there is UK going through Brexit, the US economy slowing down and the global economy still facing uncertainty, it seems the gold will be rocking the world markets.
Where on one side we find people who are attached to gold there are some who even disown it or maybe just don’t favour it too much. They are of the belief that you don’t want to always invest on gold as there are other healthy investment options available like bonds. They say that for the last 30 years gold has been struggling to prove its investment value. It produces no income in the form of an interest or dividends and it has limited uses other than jewellery and a small number of industrial uses.
They believe that gold has gained importance mainly due to its highly liquid nature and also due to the rise in demand from various central banks for gold reserves and Asian markets for jewellery.
For the ones who believe that gold is a store of wealth, they also strongly feel that gold has outperformed inflation, equities and real estate.
But how good would it be to pool your finances just on one commodity? Well it’s always feasible to diversify your finances and hence the ones that don’t favour gold much say that yes gold should be a part of your portfolio but not the “only” asset in your portfolio. Diversify your investments, diversify your risks and make the most of uncertain times.