Precious Metals make a come back before the festive season

Since late September, gold and silver have been steadily finding buyers, bouncing up from multi-month lows. Long-term interest rates, on the other hand, continue to rise at the same time. Rising bond yields used to be a factor in selling precious metals because they didn’t pay dividends or coupons. Since the end of September, investors have had a different perspective on inflation. They regard inflation as less transitional than in the past since pro-inflationary factors such as never-ending supply chain difficulties, rising energy prices, and accelerating wage rise are amplified.

Meanwhile World Gold Council released a very important report on Gold, specifying the drivers of India Gold Demand. Following are the highlights of the report:

Moreover, WGC also released India Gold imports and India Gold ETF Flows numbers. Indian official gold imports were 89.5t in September, 27% lower than the 121.8t of official imports in August 2021. USDINR depreciation and a weakness in retail demand ahead of the inauspicious period of Sharad were the main reasons for lower imports: 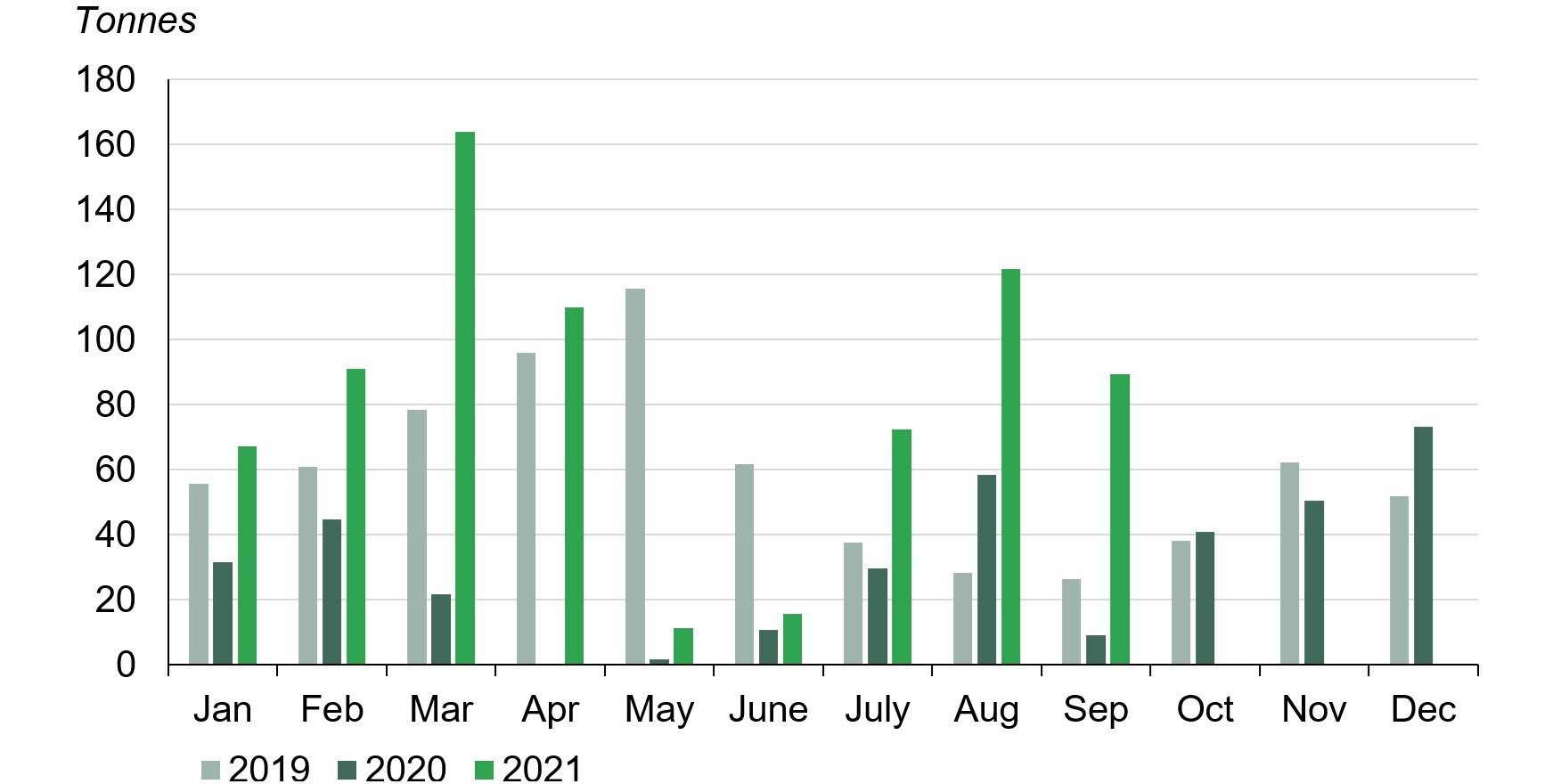 Against a backdrop of a lower gold price and heightened stock mark volatility, Indian gold ETFs saw 1.1t of net inflows. Inflows increased by Rs4.45bn (US$68.3mn) during September, taking total gold ETF holdings to 35.1t. Total gold ETF holdings at the end of the quarter were at their highest since Q2 2012. 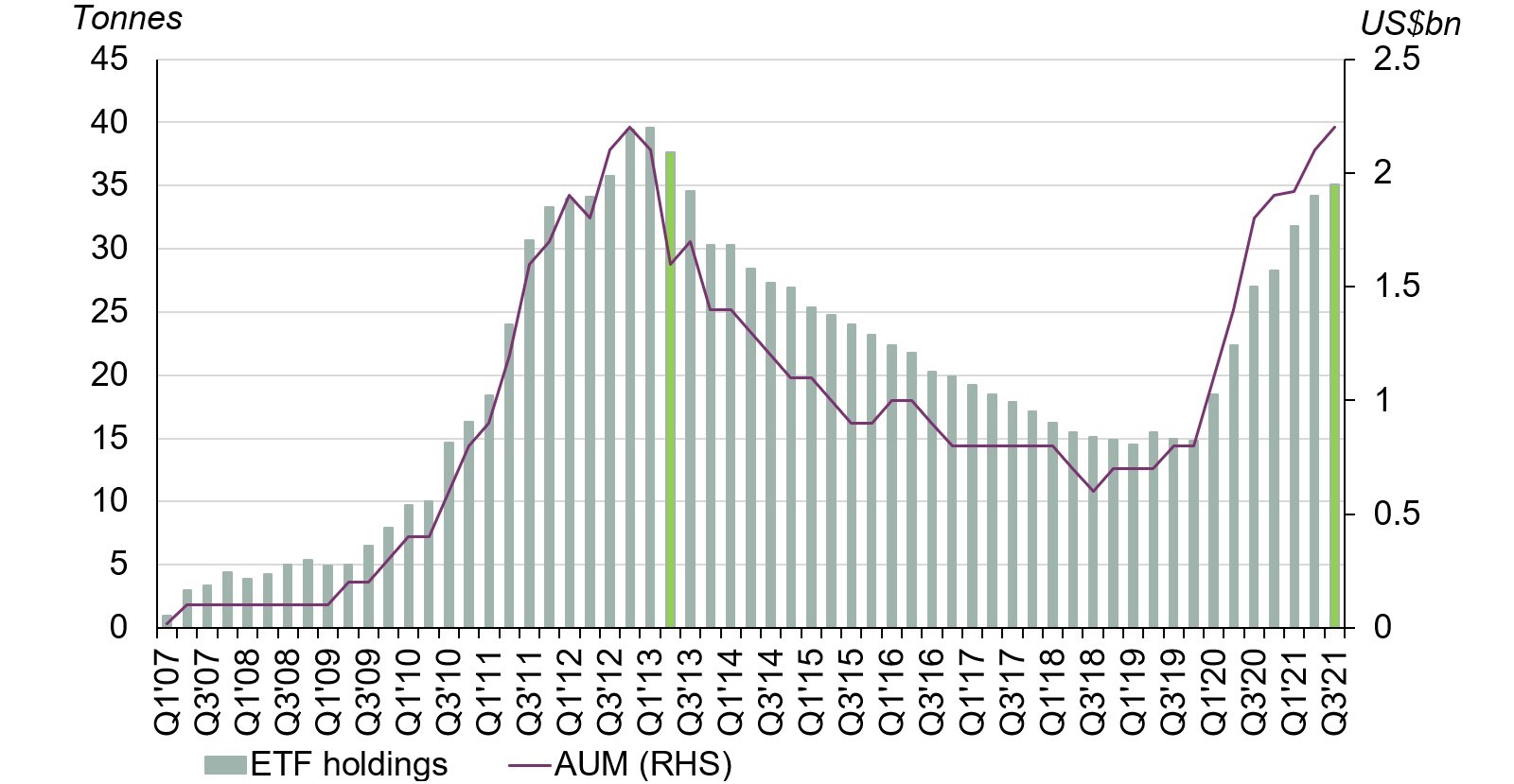 A divergence between inflation expectations and important central bank measures, among other fundamental issues, might provide support for precious metals. The Fed may have misinterpreted inflation as being only transitory. Inflation is not a temporary thing, and this will be the most crucial factor in deciding the economy’s and markets’ direction. Global tightening is on the horizon, and it will have far-reaching results. Cryptocurrencies are currently competing with gold, as Bitcoin is trading around all-time highs. Gold should benefit from inflationary pressures, but investors are flocking to alternative safe-haven assets such as the US dollar and US Treasury yields.

Gold has kept its head above the 200-day moving average, and there is a crossover of the 20- and 50-day moving averages, indicating that gold may continue to rise. We expect gold to test resistance above 48000 next week, with support at 47300-47000 emerging as a good short-term base.

In the short run, silver is likely to outperform gold. I’ve been bullish on Silver since the beginning of the month when money managers covered their short holdings and began to build long positions. Silver was going nowhere for six to seven months, while gold was recovering marginally. Silver could easily re-enter the $30 range. Once the metal rises above $26, it will have a lot of room to rise.

Silver, on the other hand, has recently broken through its previous swing high of 65000 on the daily scale and demonstrated a rapid comeback. Silver’s next upside target is 68000, while 64300 appears to be solid support. For the coming week, the bias remains positive, and a purchase on dips strategy should be used.

Must Read: Why should you invest in Gold during this Dhanteras and Diwali?